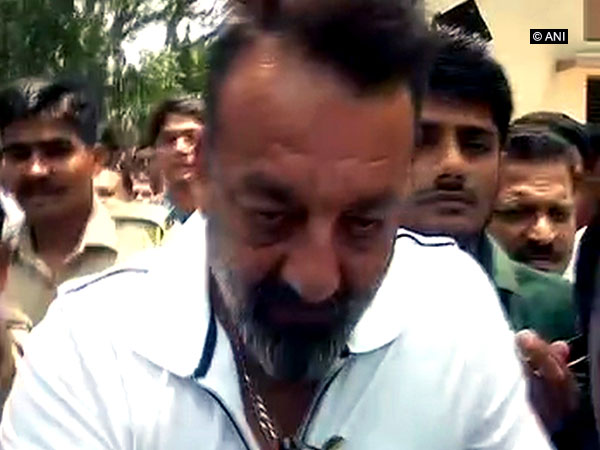 Mumbai: A Mumbai court on Monday cancelled a non-bailable warrant issued against Sanjay Dutt after the actor appeared before it.

A Mumbai's magisterial court yesterday issued an arrest warrant against Dutt for not appearing before the court in connection with criminal intimidation case filed by film producer Shakeel Noorani.

"This case has been going on since a long time and the present situation has arisen because of the communication lapse between our lawyers and us. We respect the urgency shown by the honourable court regarding our attendance/ representation and we would take immediate measure to rectify the situation," Sanjay Dutt's spokesperson said in a statement.

Noorani had filed a private complaint before the court after a police station refused to take action on a complaint filed which alleged that underworld men, on behalf of Sanjay Dutt, were threatening him.

"The case is that my client was producing a film in 2009 named Jaan Ki Baazi wherein Sanjay Dutt was casted for lead role and a huge amount was also paid to him, but he didn't come for the shooting therefore the film could not be completed," Noorani's lawyer Neeraj Gupta told ANI.

"Noorani thereafter filed a complaint before producer's associations. The association directed Dutt to play a certain amount to Noorani, since Dutt did not pay such amount. So, Noorani filed a petition before High Court," he added.

Gupta claimed that after the High Court attached Dutt's properties in the case, Noorani started receiving threatening calls from the underworld.

"Since for so many days Sanjay Dutt was not appearing before the court, therefore we made an application for the issuance of warrant. And considering continuous absence in the court, today the court was pleased to issue an arrest warrant against Dutt," he said.