16 soldiers killed as Army truck falls into gorge in Sikkim 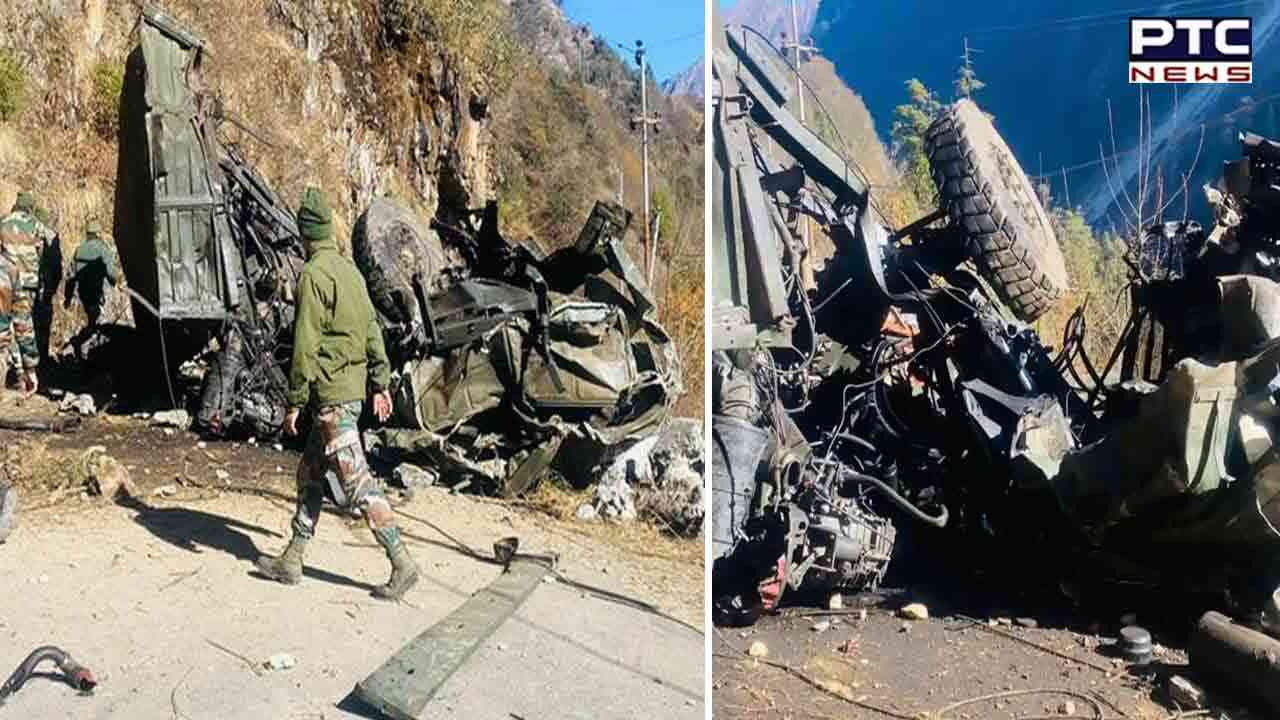 16 soldiers killed as Army truck falls into gorge in Sikkim

In a major road accident in North Sikkim 16 Indian army personnel have been martyred in a painful road accident. According to an army official, the incident took place in Gema, North Sikkim. The accident vehicle was part of a convoy of three vehicles, which had moved from Chatan towards Thangu in the morning.

According to PRO Defense Lt Col Mahendra Rawat, the vehicle skidded down a steep slope at a sharp turn on the way to Jemaa. A rescue operation was immediately launched and four injured soldiers are being airlifted. Unfortunately, three Junior Commissioned Officers and 13 soldiers succumbed to injuries sustained in the accident. Indian Army stands with the bereaved families in this hour of grief.

Defense Minister Rajnath Singh expressed grief over the incident. Deeply saddened by the loss of lives of Indian Army personnel due to a road accident in North Sikkim, he said. The nation is deeply grateful for their service and commitment. My condolences to the bereaved families. I pray for the speedy recovery of the injured.