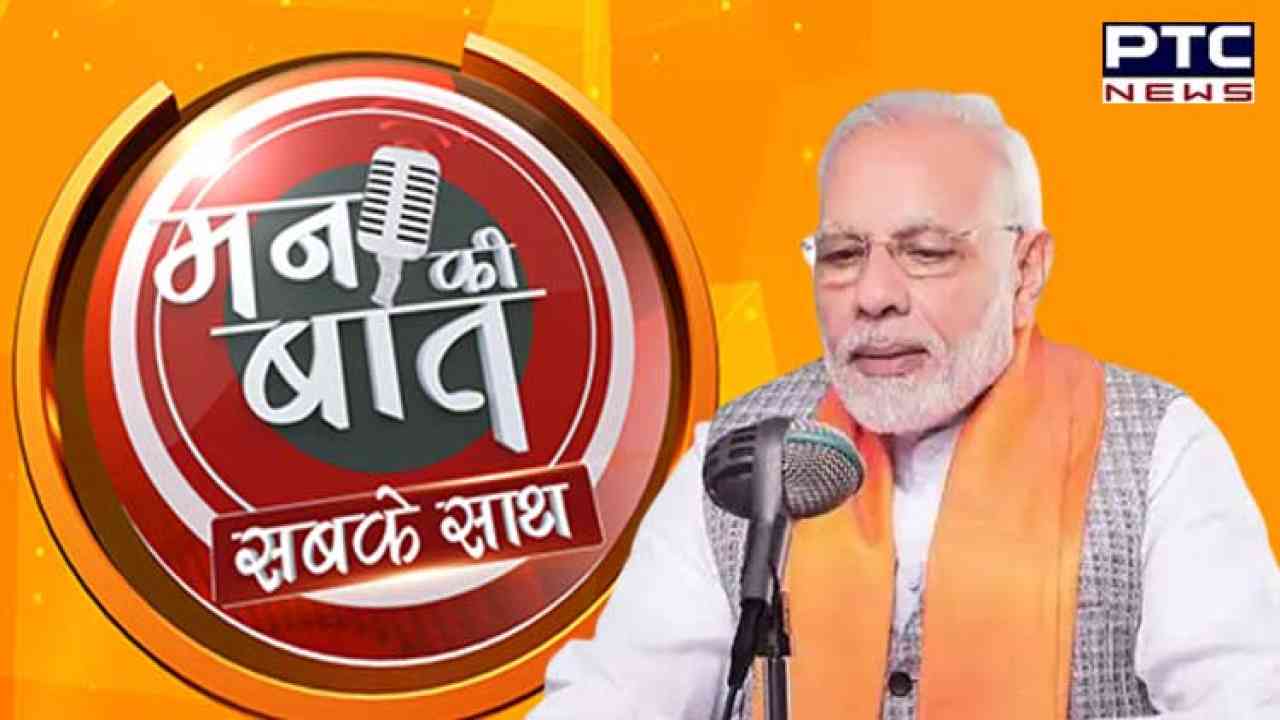 "Tune in tomorrow at 11 AM for the 95th episode of Mann Ki Baat," PM Modi said in a tweet.

Emphasizing an eco-friendly lifestyle and nature conservation, Prime Minister Modi said that sensitivity towards the environment is inherent to Indian society.

Prime Minister said, "Sensitivity towards the environment is embedded in every particle of our society and we can feel it all around us. There is no dearth of people in the country who spend a lifetime in the protection of the environment."

Mann Ki Baat is a monthly radio broadcast hosted by Prime Minister Narendra Modi in which he addresses the people of the nation on All India Radio, DD National and DD News.

Highlighting the country's strides in science and technology, the Prime Minister had said India is doing wonders in the solar and space sector.

"Our country is doing wonders in the solar sector as well as the space sector. India has placed 36 satellites in space simultaneously just a day before Diwali. With this launching, from Kashmir to Kanyakumari and from Kutch to Kohima, in the whole country, digital connectivity will be further strengthened," said PM Modi.

With the help of the satellite launch, PM said the remotest areas will be more easily connected with the rest of the country.

He said, "I also remember those old days when India was denied the Cryogenic Rocket Technology. But the scientists of India not only developed indigenous technology but today with its help, dozens of satellites are being sent to space simultaneously. With this launch, India has emerged as a strong player in the global commercial market...With this, new doors of opportunities have also opened up for India."

Prime Minister said that earlier in India the space sector was confined within the purview of government systems. Since the space sector was opened for India's youth and revolutionary changes have started coming into it. Indian industries and start-ups are engaged in bringing new innovations and new technologies in this field, he said.

Prime Minister said the collaboration of IN-SPACe is going to make a big difference in this area. Non-government companies are also getting the facility to launch their payloads and satellites through IN-SPACe.

PM Modi said the entire world is looking at solar energy as the future.