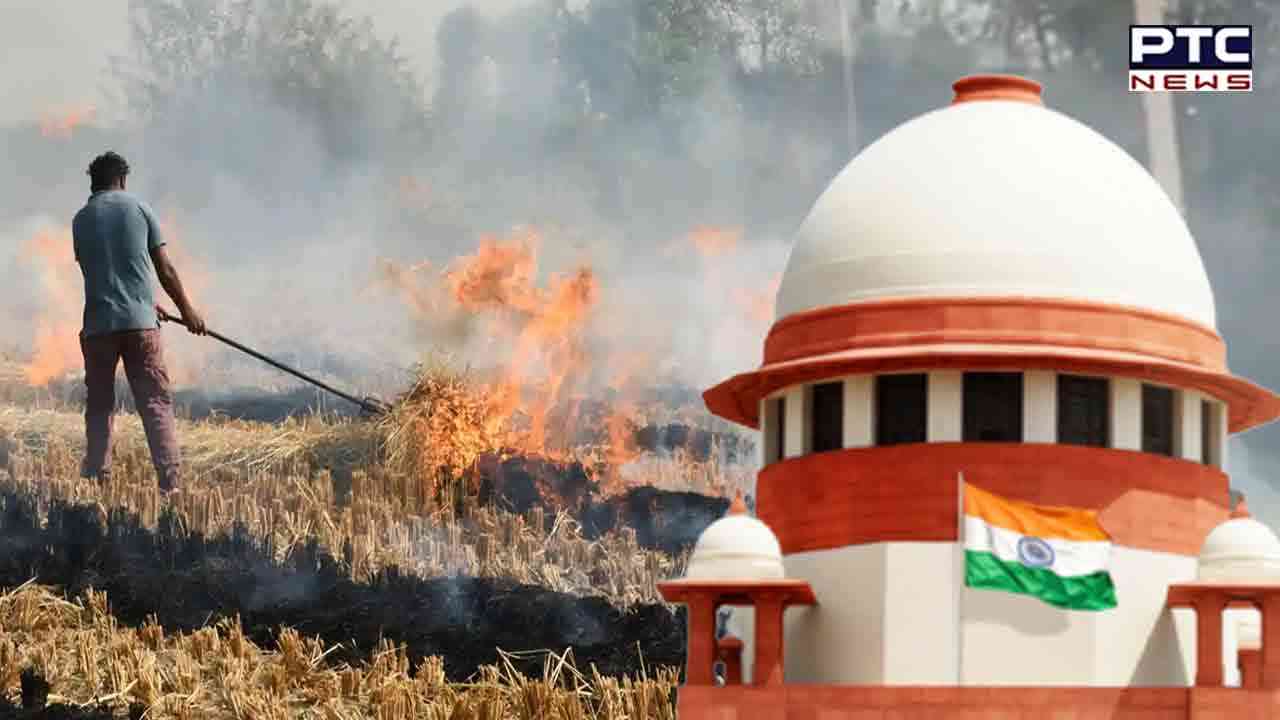 New Delhi, November 10: The Supreme Court on Thursday declined an urgent hearing of a plea seeking measures for worsening air pollution in Delhi-NCR and a complete ban on stubble burning.

A Bench of Chief Justice of India DY Chandrachud and Justices Hima Kohli and JB Pardiwala refused an urgent hearing of the matter saying these are not issues strictly falling under the purview of the judiciary. "So will the ban help it? Some matters courts can look into and some it cannot since they are not judicially amenable," the Bench said asking that "can it enforce this against every farmer across Punjab and Uttar Pradesh.

The observations of the Bench came when advocate Shashank Shekhar Jha mentioned his plea for an urgent hearing. Earlier, a different Bench had posted the matter for hearing On November 10.

The plea sought direction to summon the Chief Secretaries of Delhi, Punjab, Haryana and Uttar Pradesh and directing them to personally take responsibility of no case of stubble burning anywhere.

It sought direction for issuing fresh guidelines to all states in respect to stubble burning. The plea asked to issue guidelines to each and every state to take necessary measures in order to reduce pollution, including the installation of smog towers, plantation drives, affordable public transport, etc.

"Public at large are forced to inhale polluted air and the oxygen filled with smog. Despite of the clear orders of this court to stop stubble burning and construction causing air pollution, there are rampant pollution in the National Capital Territory and other places making it difficult for people to survive," said the plea adding that the situation was directly against the right to life of people at large.

The petition said the AQI level on November 3 had been between 440 and 460 across Delhi which as per various sources "affects healthy people and seriously impacts those with existing diseases".

An AQI of 400 or higher is considered "severe," and it can affect both healthy people and those who already have illnesses, it said.

It sought direction for appointing a high-level committee under the chairmanship of a retired Supreme Court judge to tackle the air-pollution crisis due to stubble burning.

The plea further urged that the schools, colleges, government and private offices, etc. to go virtual/online in order to protect the life of people at large.

The advocate said that the pollution is caused because states like Punjab has failed to provide an alternative to the farmers as against stubble burning.to control pollution.