Wrestlers up the ante against WFI, to file FIR against Federation chief Brij Bhushan Singh 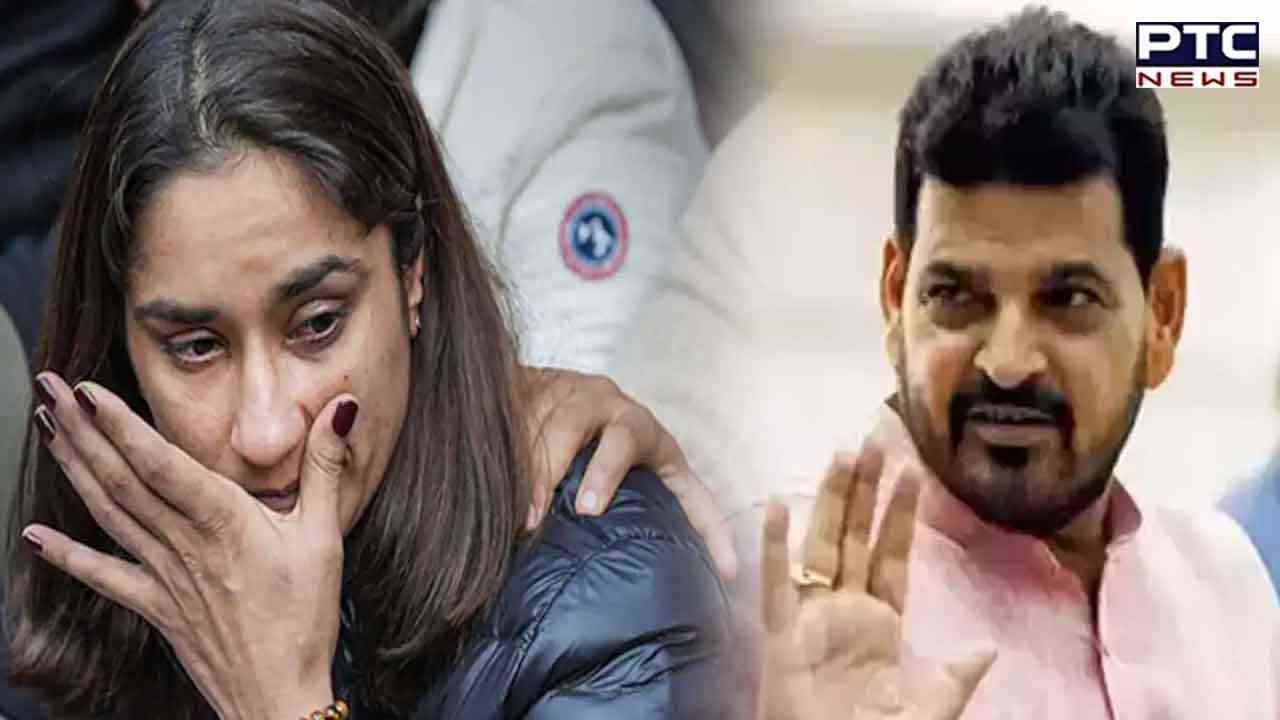 Wrestlers up the ante against WFI, to file FIR against Federation chief Brij Bhushan Singh

New Delhi, January 19: Country's top wrestlers doubled down on their ongoing protest against the Wrestling Federation of India (WFI) on Thursday, stating that they will continue to protest until their demands are met. The federation chief and several coaches have been accused of sexual exploitation of multiple athletes over the years.

"Today is the second day of our protest and we haven't gotten any satisfactory response from the government. We will make sure Brij Bhushan Singh resigns and is jailed. We will also file a case," wrestler Vinesh Phogat said.

Vinesh Phogat previously claimed that coaches who are favourites of the Wrestling Federation of India (WFI) mistreat and harass female wrestlers. She also accused WFI President Brij Bhushan Sharan Singh of sexually exploiting female athletes and referring to her as a 'khota sikka' following her defeat at the Tokyo Olympics 2020. Singh has denied the charges.

The Union Sports Ministry has asked for an explanation from WFI and has directed it to respond to the allegations made within 72 hours.

In addition, the WFI's Executive Committee meeting and Annual General Meeting (AGM) is scheduled for January 22 in Ayodhya, Uttar Pradesh, and its chief Singh will attend.

"Five to six women wrestlers are here with us who have faced these atrocities and we have evidence to prove it," Olympian wrestler Bajrang Punia said on Thursday.

Some of the top wrestlers went to the Union Sports Ministry's office in Shashtri Bhawan earlier today for a meeting with ministry officials. They were, however, unsatisfied.

"Government did not promise any action, they only gave assurance and we're not happy with the response, we request PM sir to ensure justice," Olympic champion wrestler Sakshee Malikkh said.

Former champion wrestler and Haryana BJP leader Babita Phogat arrived at the protest site today as a government mediator and assured the wrestlers that their demands would be met. "I have assured them that the government is with them. I will try that their issues are resolved today," Babita added.

Meanwhile, Wrestling Federation of India chairman Brij Bushan Singh on Wednesday said wrestlers, who made allegations of sexual harassment against coaches, should have approached the Federation with their names earlier.