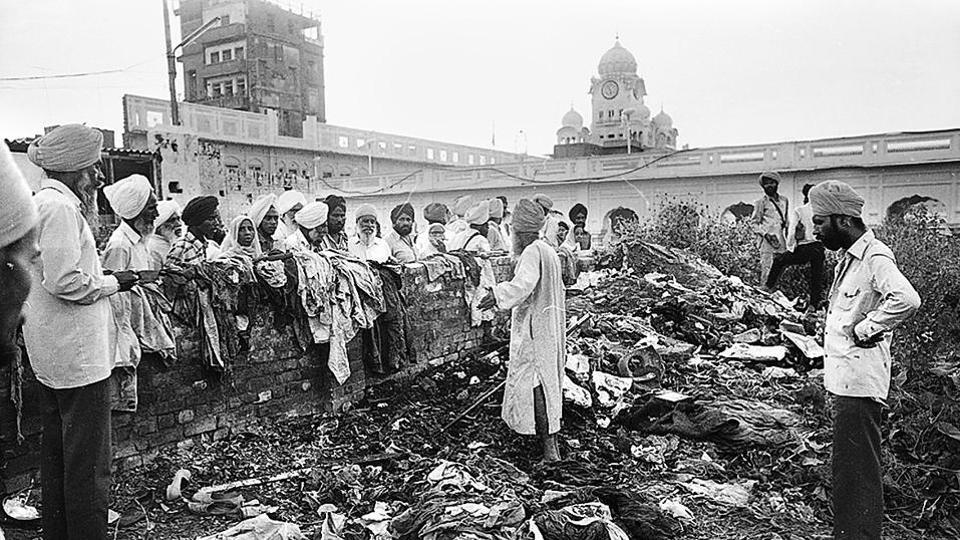 Amritsar: 38 years on, memories of ‘Operation Blue Star’ still haunt the city. As every year since 1984, June 6 is observed as 'Ghallugara Diwas' to mark the tragic attack on the holiest shrine of Sikhs Golden temple and over a thousand killings as a result of Operation Blue Star.

The police have been put on high alert for maintaining peace. Operation Blue Star was carried out by the Indian Army in June 1984 to flush out militants hiding in the Golden Temple complex in Amritsar. Chairing a meeting with senior officers of the police and civil administration, Mann asked them to ensure elaborate security arrangements before June 6 across the state.

Punjab Chief Minister Bhagwant Mann on Saturday reviewed the law-and-order situation in the state ahead of 'Ghallugara Diwas' being observed on June 6.

The chief minister said no one should be allowed to disturb the hard-earned peace of state at any cost.

Asserting that his government is committed to making Punjab a peaceful and frontrunner state in the country, he said anybody trying to disrupt peace will be dealt with sternly.

Some forces inimical to the progress and prosperity of the state are making constant attempts to derail the peace in the state. But the AAP government will not allow any such nefarious move to succeed, Mann said.

The Punjab Police has been put on high alert and central paramilitary forces have been deployed to assist them in maintaining peace in the state, the chief minister said.

Exhorting the Punjabis to uphold the ethos of peace, communal harmony and brotherhood in the state, Mann urged them "to teach anti-Punjab forces a lesson by foiling all their conspiracies aimed at pushing Punjab back to the black days".