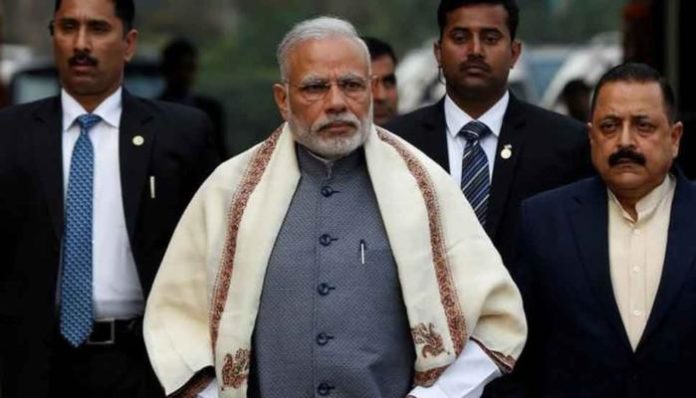 After Rahul Gandhi’s visit to his constituency Wayanad comes PM Modi’s Kerala visit. Prime Minister Narendra Modi offered prayers at the famous Guruvayur temple in Kerala on Saturday before heading to the Maldives which will be his first overseas visit in his second term as Prime Minister.

PM Modi arrived in a special naval helicopter from Kochi at Sree Krishna College ground near the temple at 9:50 am, news agency PTI reported. He was accompanied by Kerala Governor P Sathasivam, Union Minister of State for External Affairs V Muraleedharan and Kerala Devaswom Minister Kadakampally Surendran to the temple where he was received with a traditional poornakumbham (pot full of offerings).

Dressed in mundu and veshti (white shawl), the traditional dress of Kerala, PM Modi performed the ritual of “thulabharam” in which he weighed himself against 100 kg of lotus flowers on a giant scale. He also offered various items including ghee, a special variety of red banana (kathali), among other things.