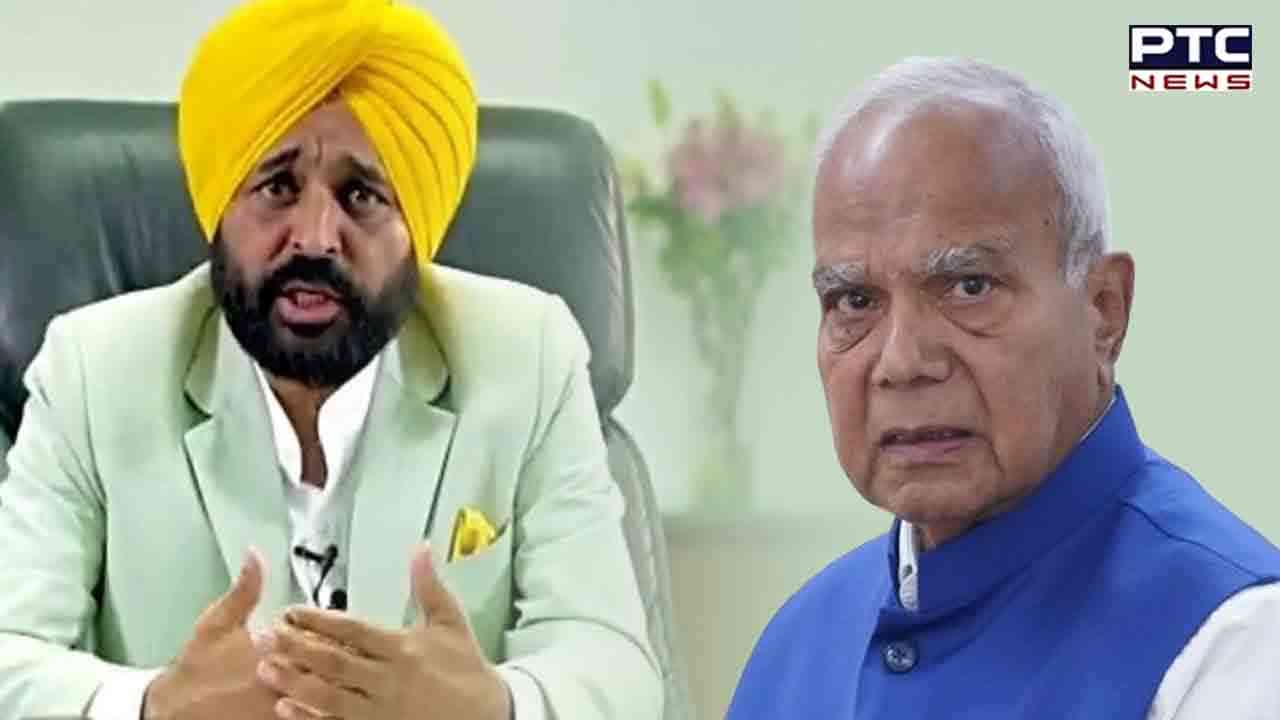 Chandigarh, December 14: The premature relieving of Chandigarh SSP Kuldeep Chahal and the appointment of Haryana cadre IPS officer to the post has snowballed into controversy.

On the other hand, in response to the letter to Punjab Chief Minister Bhagwant Mann, Governor Banwarilal Purohit clarified that he had duly communicated telephonically to Punjab Chief Secretary Vijay Kumar Janjua about his decision to remove Kuldeep Chahal from the post of SSP on November 28. 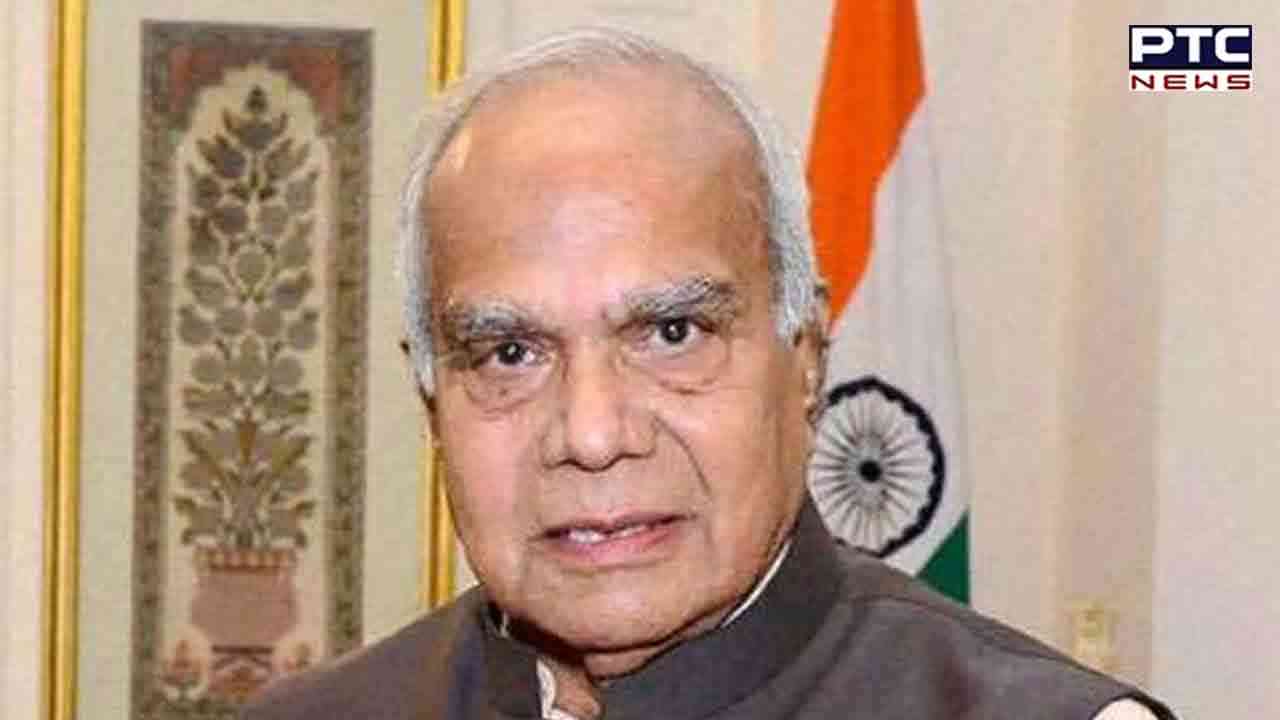 The Governor claimed that he had also asked Punjab Chief Secretary to send a panel of IPS officers for the post of the Chandigarh SSP. " I had also spoken to Chahal on November 30 and asked him to go back to Punjab cadre", said the Governor.


He wrote," Since you (Bhagwant Mann) were busy in campaigning in the run-up to the Gujarat Assembly elections, it was not possible for me to contact you. You also raised unnecessary issues of Punjab vs Haryana in this connection which is not applicable in this ad hoc appointment."

"Please refer to your letter dated 13-12-2022 regarding premature repatriation of Kuldeep Singh Chahal, IPS to Punjab, without asking for a panel. The contents of the letter demonstrate that due care has not been taken to ascertain the facts while writing the said letter and dispatching it. Had that care been taken, then such a letter could not have been written at, in the first place and it must be noted," said the Governor. 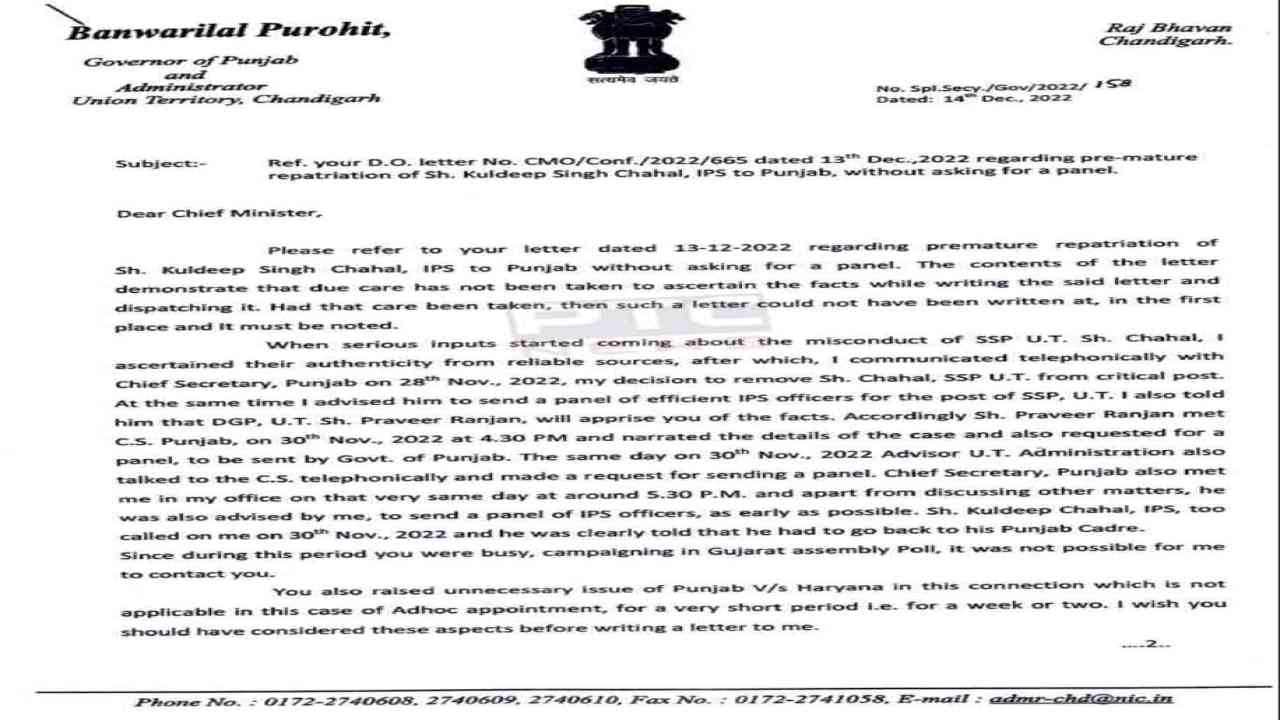 "When serious inputs started coming about the misconduct of SSP, UT, Kuldeep Chahal, I ascertained their authenticity from reliable sources, after which, I communicated telephonically with Chief Secretary, Punjab on Nov 28, my decision to remove Chahal from critical post. At the same time, I advised him to send a panel of efficient IPS officers for the post of SSP, UT. I also told him that DGP, UT, Praveer Ranjan, will apprise you of the facts. Accordingly, Praveer Ranjan met the Punjab CS on Nov 30 and narrated the details of the case and also requested for a panel, to be sent by the Punjab Government," reads the letter.

"The same day on Nov 30, Advisor, U.T. Administration, also talked to the Punjab Chief Secretary telephonically and made a request for sending a panel. The Punjab Chief Secretary also met me in my office on that very same day at around 5.30 P.M. and apart from discussing other matters, he was also advised by me, to send a panel of IPS officers, as early as possible. Kuldeep Chahal too called on me on Nov 30 and he was clearly told that he had to go back to his Punjab cadre," reads the letter.