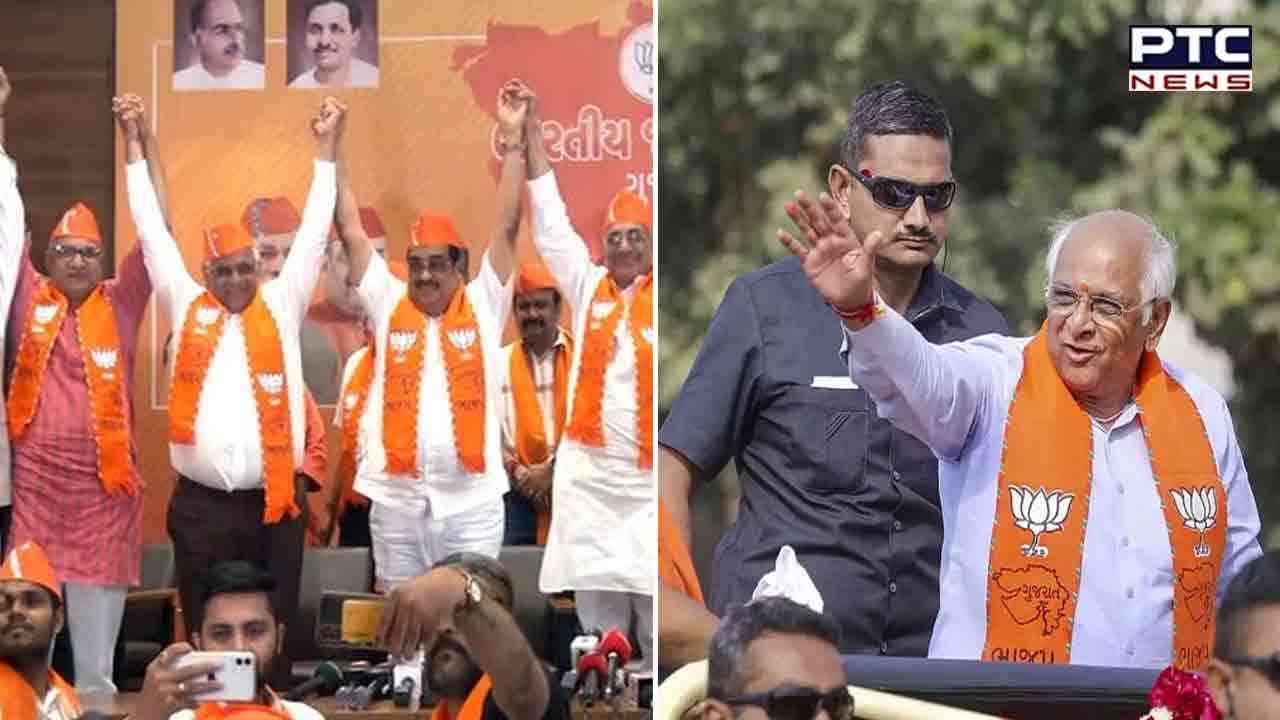 New Delhi, December 11: Defence Minister Rajnath Singh will attend the swearing-in ceremony of Bhupendra Patel who will take oath as the Chief Minister of Gujarat for the second consecutive time on Monday.

Gujarat Chief Minister Bhupendra Patel on Friday submitted his resignation to Governor Acharya Devvrat after BJP registered a historic win in the State Assembly elections ahead of the formation of his new government.

CM Patel along with state BJP President CR Paatil, MoS Home Harsh Sanghavi, Minister of Health and Family Welfare Rushikesh Patel, and Chief Whip of Gujarat Pankaj Desai reached Raj Bhavan on Friday around 12 pm to tender the resignation of the government, which was accepted by the Governor.

BJP held its legislature party meeting on Saturday at 10:30 am at the state BJP office "Kamalam" in Gandhinagar, after which the leaders met the Governor at around 2 pm to stake claim to form the government.

As per sources, about 20 cabinet ministers will also take oath on the same day, that is Monday, along with Bhupendra Patel and will take charge of their respective offices, the very next day.

BJP swept the Gujarat Assembly election with a whooping 156 seats, which is the highest number of seats any party has won after the formation of the state in the year 1960.

The Congress secured 17 seats, AAP secured 5, with 1 for SP and 3 Independent candidates will be in the newly-formed Gujarat Assembly along with 156 BJP candidates.

In the home state of Prime Minister Narendra Modi and Home Minister Amit Shah, the BJP has smashed all previous records of electoral performance.

Gujarat CM Bhupendra Patel, too, scripted history, winning the Ghatlodia constituency by a record margin of about 1,92,000 votes. This constituency has given Gujarat two of its chief ministers - Anandiben Patel and the current CM.

In the last Assembly elections in 2017, BJP won 99 seats, Congress trailed close at 77 and NCP, BTP and Independent candidates secured 1, 2 and 3 seats, respectively.