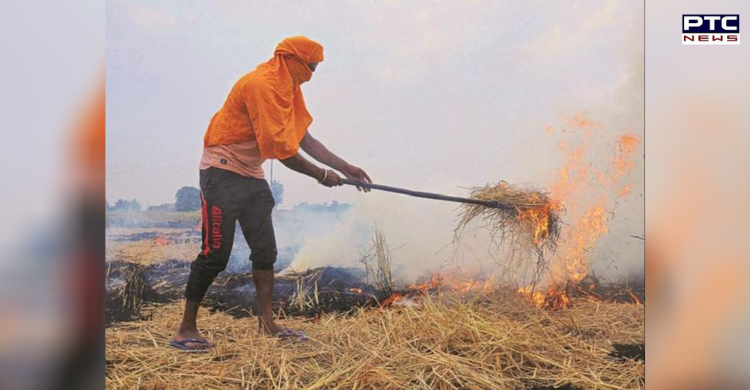 Punjab Pollution Control Board has imposed a total fine of Rs 12.25 lakh in 460 paddy stubble burning cases in the state.

“By end of this month one would be able to make a fair comparison whether farm fires have gone up or come down in comparison to previous years. Moreover, this time harvesting was also done at an early stage. Also, during the harvesting season last year, there were rains and there was no fire. So, therefore, exact situation will be known by last week of October. Only then we will be in a position to say whether stubble burning cases have gone up or come down this year,” he said. Garg also said more harvest has been done till October 7 as against corresponding period of last year “and if one uses this comparison as a yardstick then farm fire incidents are less”.

The official said as per data till October 7, 1692 incidents were reported by satellite imagery, but during field visits by PPCB officials no stubble burning was observed in 763 cases.

“A satellite gives data, but sometimes there are other kinds of fire which is not stubble burning,” he said.

Majority of the stubble burning cases that have been reported so far in the state were from Amritsar, Tarn Taran, Patiala and Gurdaspur districts.

Notably, 8,000 nodal officers have been appointed in paddy growing villages of Punjab this year to check stubble-burning.

Punjab Chief Minister Amarinder Singh had recently appealed to farmers not to burn crop residue, as it could aggravate COVID-19 conditions apart from leading to pollution.