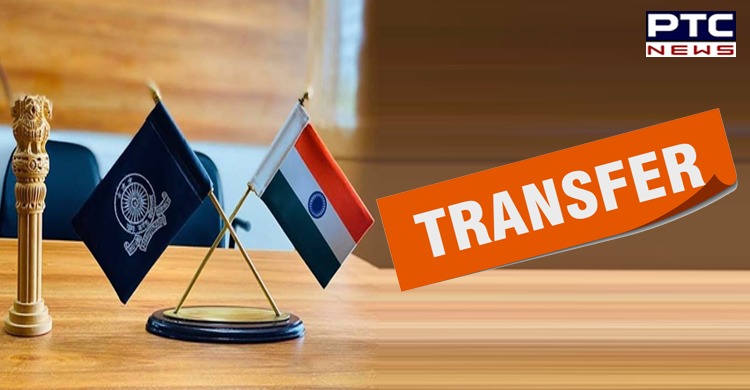 Anmol Singh Dhaliwal, Jyoti Bala, Manjit Singh Cheema, Mankanwal Singh Chahal and Ravinder Singh Arora are the five PCS officers who have been transferred as a part of the bureaucratic reshuffle.

The order has been signed by the Chief Secretary to the Government of Punjab Anirudh Tewari. Earlier, on October 4, in a major bureaucratic reshuffle, the Punjab Government had issued the transfer orders of 24 IAS and 12 PCS officers. 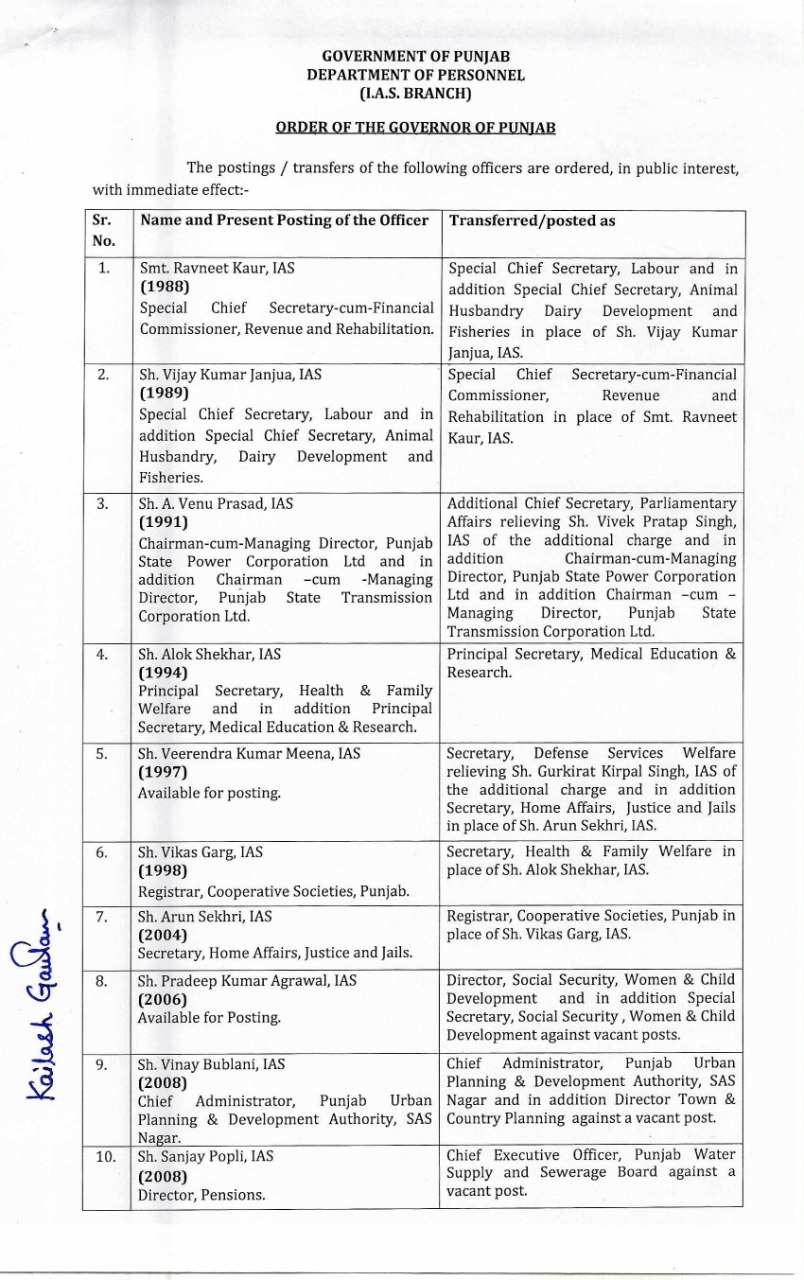 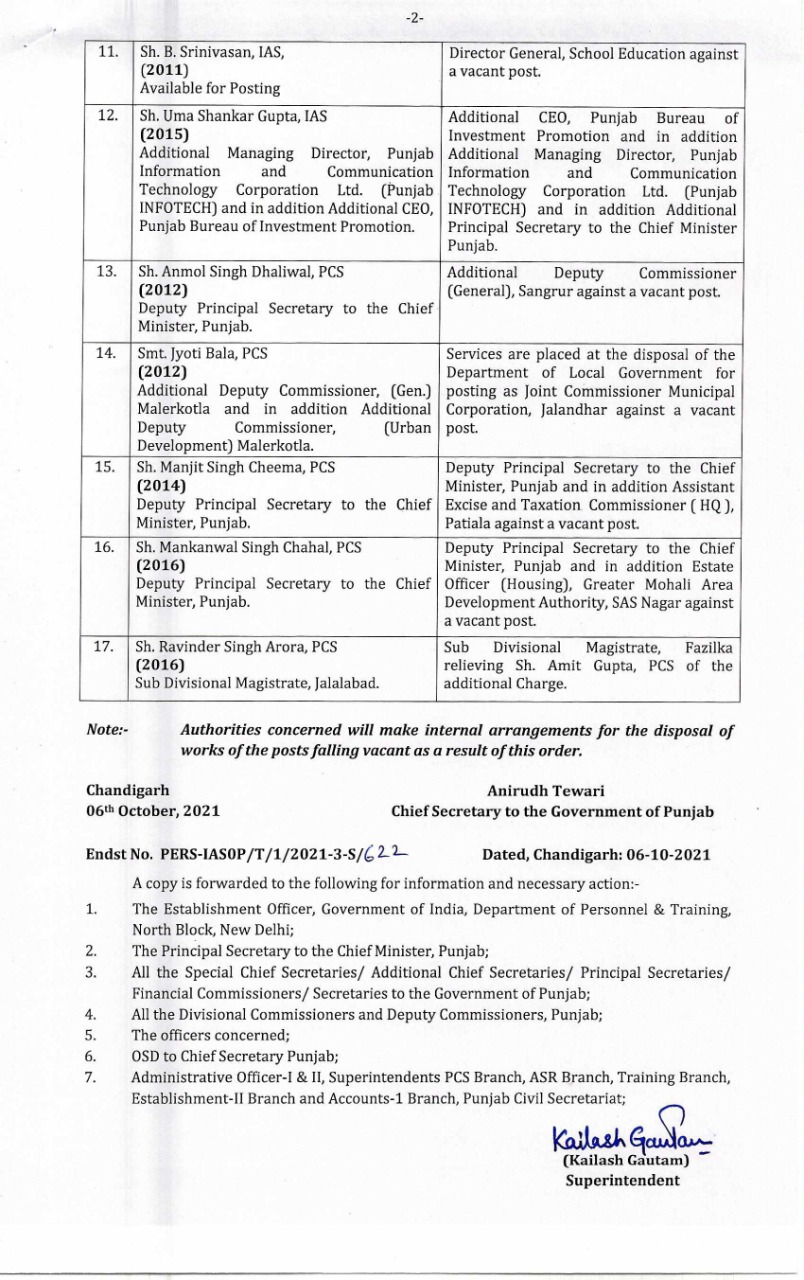