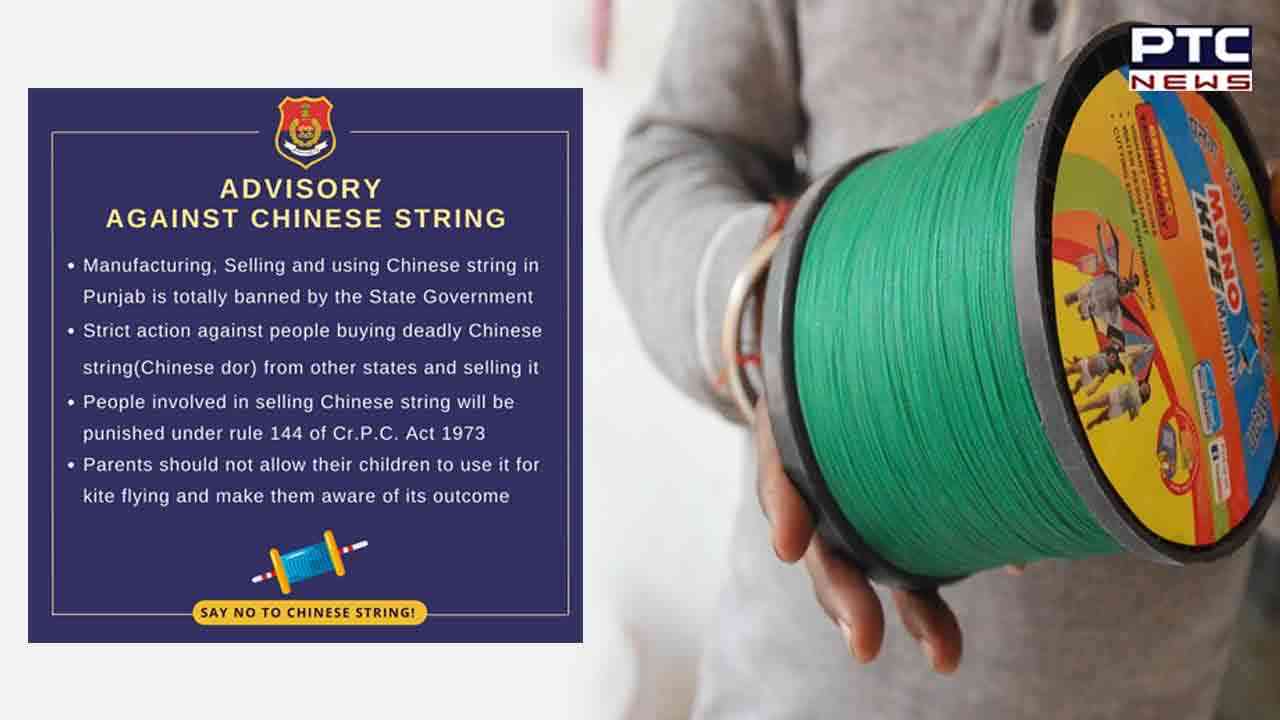 Chandigarh, January 08: Taking strict measures against the usage of Chinese string, Police administration of the state has issued strict warning against manufacturers and buyers of the same. In view of Lohri , while on the one hand helpline numbers have been issued by the administration in various districts, on the other hand, the DGP of Punjab has now issued a stern warning to those who sell and buy Chinese strings in the entire state.

Punjab DGP Gaurav Yadav gave a stern warning and said that Chinese kite string is a non-biodegradable product, which does not decompose and persists in the environment for a long time. He further said that as per the instructions of Chief Minister Bhagwant Mann, strict action will be taken against those who buy and sell Chinese Strings.

Along with the tweet, the DGP has also shared a poster in which he has issued a strict advisory to those who buy and sell Chinese strings. According to the instructions, buying and selling of Chinese thread is completely banned in Punjab.