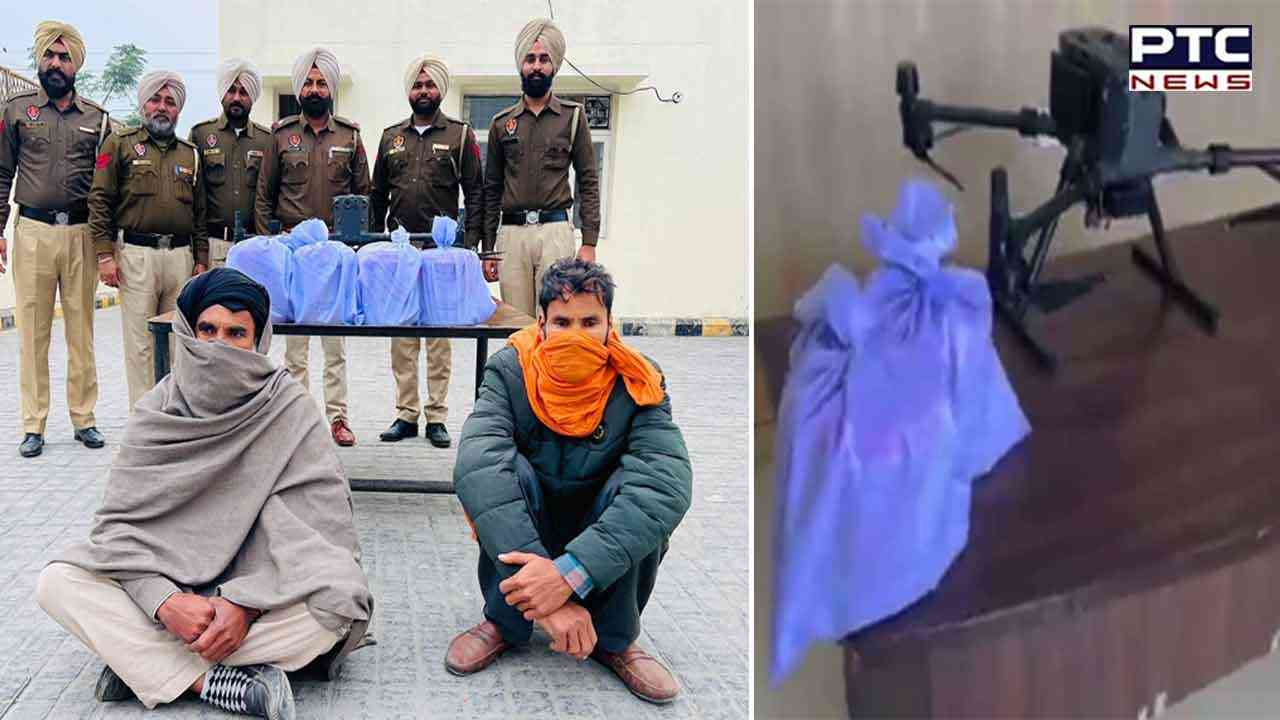 Amritsar, December 25: In a major blow to the cross-border drug smuggling network during the war on drugs launched on the directions of Chief Minister Bhagwant Mann, the Punjab Police arrested two main culprits of this network along with 10 kg of heroin and a hi-tech drone. This information was given by Director General of Police (DGP) Punjab Gaurav Yadav on Sunday.

The arrested smugglers have been identified as Dalbir and Jagdish, both residents of Amritsar, Gharinda. They are said to be involved in drug trafficking for the past three years and have no criminal case registered against them.

DGP Gaurav Yadav said that the Amritsar Rural Police under the leadership of SSP Swapan Sharma, acting on the basis of intelligence, has successfully busted this gang of drug smugglers, which with the help of drones, ordered drugs from across the border to Haryana, Delhi and were smuggling in Uttar Pradesh.

He said that the latest American drone recovered from both the smugglers is a DJI series drone, which is worth Rs 20 lakh and is equipped with high-tech features like long-lasting battery backup and infrared-based night vision camera.

Notably, this is the fifth such drone recovered in less than a month.

Giving more information in this regard, SSP Swapan Sharma said that both smugglers were escaping arrest by using alternative methods for smuggling drugs.

He said that these big fish had a well-established distribution network in the neighboring states, which was identified. Police teams are conducting raids at 12 places in Haryana and Delhi, with which more drugs are likely to be recovered.

It is worth mentioning that the Amritsar Rural Police has succeeded in recovering 39 kg of heroin in the last five months. Tight vigilance with the second security line and close coordination with BSF officials have resulted in these huge recoveries.