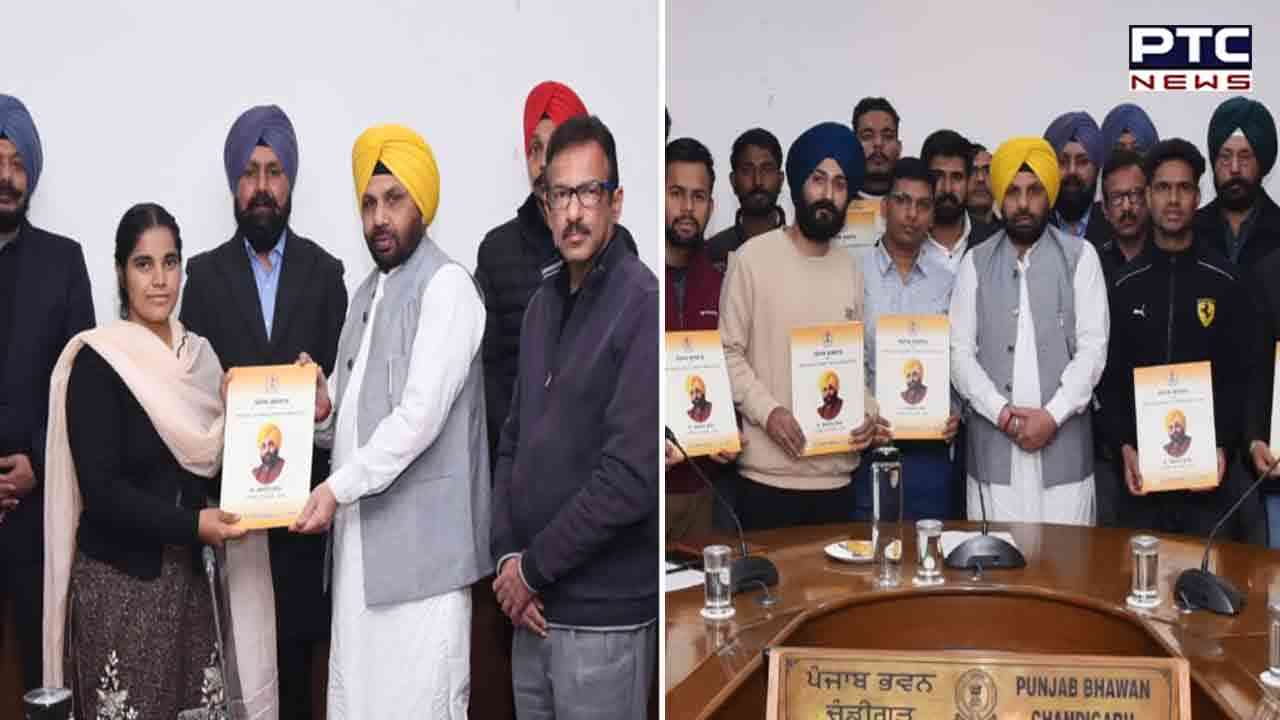 Chandigarh, December 20: Under the leadership of Chief Minister Bhagwant Mann, Punjab government has given 22,000 government jobs to the youth under the its employment campaign in the first year itself to provide employment to the youth of the state. Under this series, Public Works Minister Harbhajan Singh ETO on Tuesday gave government job appointment letters to 20 junior draftsmen at Punjab Bhavan.

On this occasion, Harbhajan Singh ETO shared the information and said that the current government led by Bhagwant Mann has given government jobs to more than 200 youths in the public works department. The Public Works Minister said that 22 recruitments have been made in Group-A, 18 in Group-B and 103 in Group-C under direct recruitment since April. 7 and 27 candidates in Group-D have already been given jobs. Under this series, appointment letters have been given to 20 junior draftsmen today.


On this occasion, the Public Works Minister congratulated the newly recruited youth and urged them to fulfill their responsibilities with full honesty, diligence and service spirit. The Minister further said that the government led by Bhagwant Mann has adopted a zero tolerance policy against corruption. So any employee involved in such actions will not be spared.


On this occasion, apart from Special Secretary of Public Works Department, Harish Nayar, senior officers of the department were also present