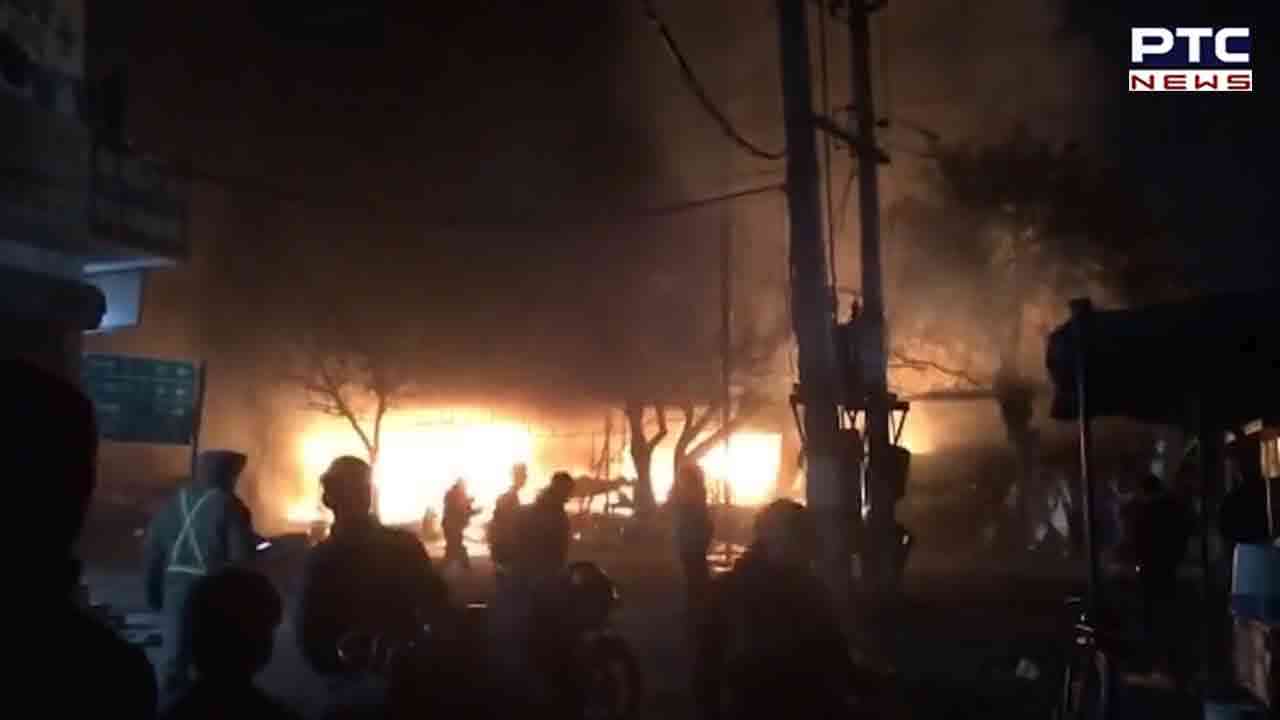 Ludhiana, December 16: In Punjab's Ludhiana , 8 shops were reduced to ashes due to massive blast caused by cylinders being illegally used in the commercial area. Gas leakage from  cylinder resulted in massive fire explosion and led to stampede in the area. By the time the shopkeepers could understand the cause of the fire, sudden explosions gripped the spot. Meanwhile, the fire gutted 7 to 8 shops adjacent to it and reduced them to ashes.

People gathered at the spot informed the fire brigade. Within no time, fire brigade vehicles and personnel from fire stations Samrala, Focal Point, Sundar etc. reached the spot. but it reportedly took them over an hour to bring fire under control.


According to the eye witnesses present at the site, fire was so massive that people could see the flames from several kilometers away. Meanwhile, it is also being told that 2 people succumbed to the fire on spot. The injured people have not been identified yet.

The fire was so terrible that people could see the flames from several kilometers away. Meanwhile, it is also being told that 2 people have come in the grip of fire. The injured people have not been identified yet. The victims were first taken to Kumkalan Hospital. Where he was immediately referred to Ludhiana Hospital after giving first aid. The condition of the injured is said to be critical.

The flames engulfed makeshift shops selling utensils, cycle repairs, cigarettes and vegetables. Locals said that since the makeshift shops were made of wooden logs and tarpaulin sheets, hence the fire broke out within seconds.


ASI Surjit Singh Saini, in-charge of Police Chowki Ramgarh, said that on receiving the information, the police reached the spot and started the investigation. He said that the reason behind the incident is yet to be ascertained.