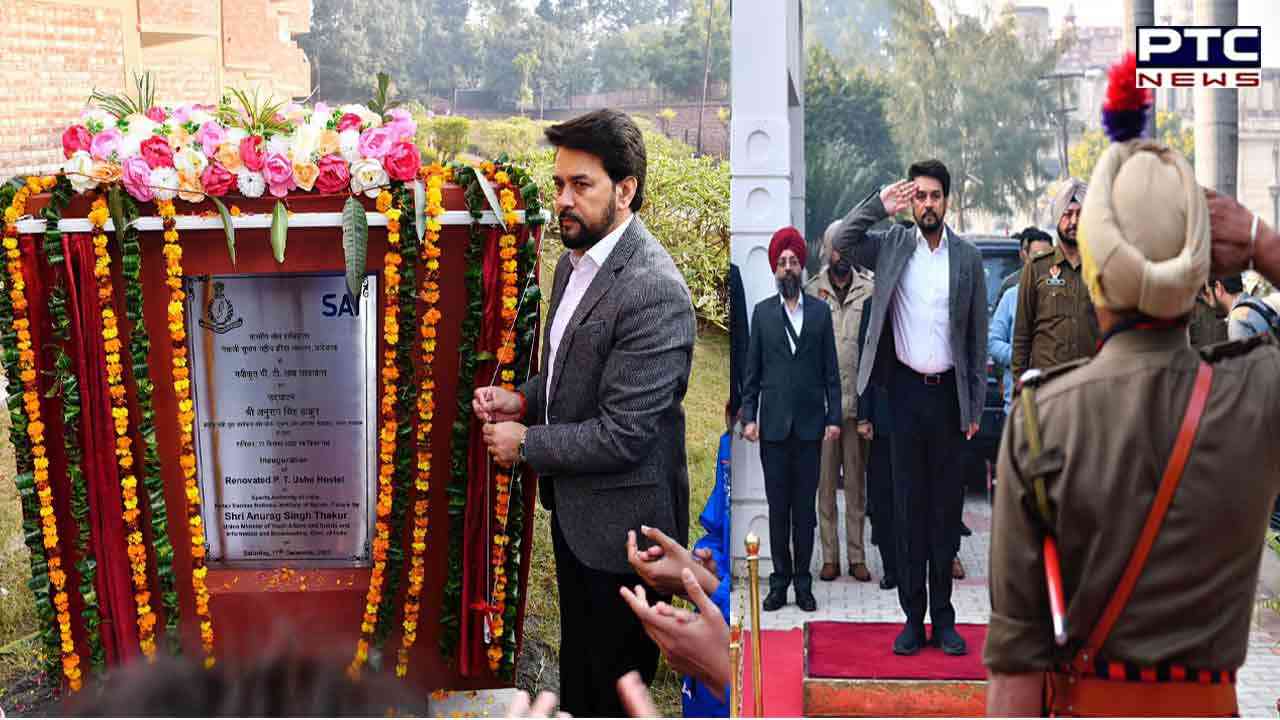 "It is the endeavour of the government to provide the best possible facilities to athletes. Honourable Prime Minister Narendra Modi ji has always harped on the importance of keeping athletes at the centre of all policies. The launching of this 300 bedded hostel and the upgradation of the old hostels is yet another step in this direction so that athletes training at this prestigious centre have improved lodging facilities," Thakur said at the inauguration ceremony.

The BJP leader also inaugurated a Sports Performance Analysis course, a first-time addition to the academic courses at NSNIS Patiala.

Interacting with the first batch of students of this course, the Union Minister said, "Inclusion of sports science and sports performance analysis is very important to assess the actual potential of an athlete, which can go a long way in improving the overall performance of India in international competitions."

During his visit, the minister also met with over 400 athletes and trainees, encouraging them to stay focused on sports and make their country proud. He sought feedback from athletes on the facilities available at the centre as well as improvements to the current setup.

SAI Patiala has produced many well-known athletes who have gone on to win numerous honours for the country, including World Championships and Olympic medals.

SAI Patiala athletes won 72 medals across six disciplines at National Level Competitions in 2021. This total rose to 195 medals in 2022.

At the international level, SAI Patiala athletes won 19 medals in events such as the Commonwealth Games, European Open, and Junior World Championships.