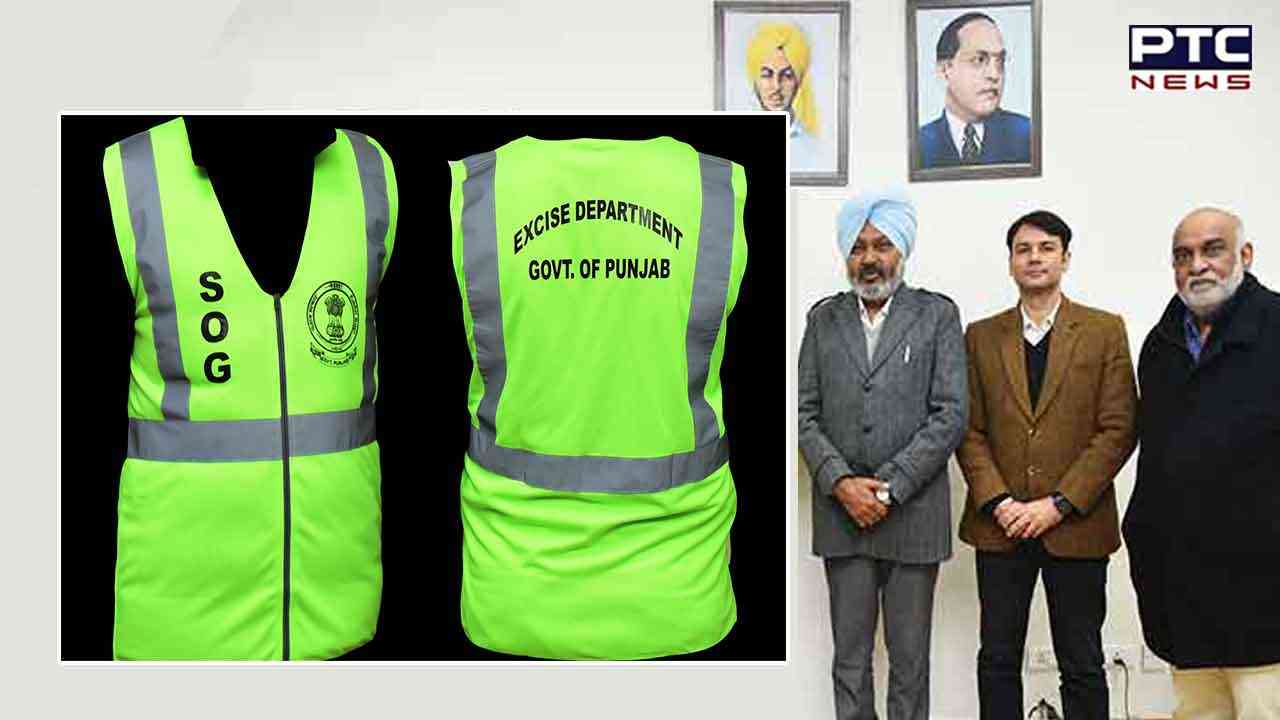 Chandigarh, 22 January: To give official recognition to the Excise Officer during enforcement activities, the Punjab Excise Department has provided special jackets to the Excise Inspectors, Excise Officers and officers of the department. The logo of Punjab Government and SOG (Special Operation Group) is placed on the front of these jackets and the name of the department is written on the back.

Giving this information, the spokesperson of the Excise Department said that reflective strips have been installed on these jackets to ensure the safety of the Excise officials during checkpoints or raids. He said that in the past, officials of the department faced difficulties while carrying out enforcement activities especially at night time and in congested areas due to absence of official uniforms.

The spokesperson added that officials of the department carrying out excise enforcement activities had been demanding the implementation of such official jackets or dresses for a long time. He said that Excise and Taxation Minister Advocate Harpal Singh Cheema has fulfilled the long pending demand by launching this official jacket. He said that this initiative is proving to be helpful in ensuring smooth raid, search and seizure operations by the authorities and will definitely enhance the professional efficiency of the department as far as enforcement activities are concerned.

He said that the Excise Department is making sincere efforts to achieve the excise revenue targets set by the Punjab government headed by Chief Minister Bhagwant Mann, as well as to stop the smuggling of liquor from neighboring states into the state and to stop the production and sale of illegal liquor.