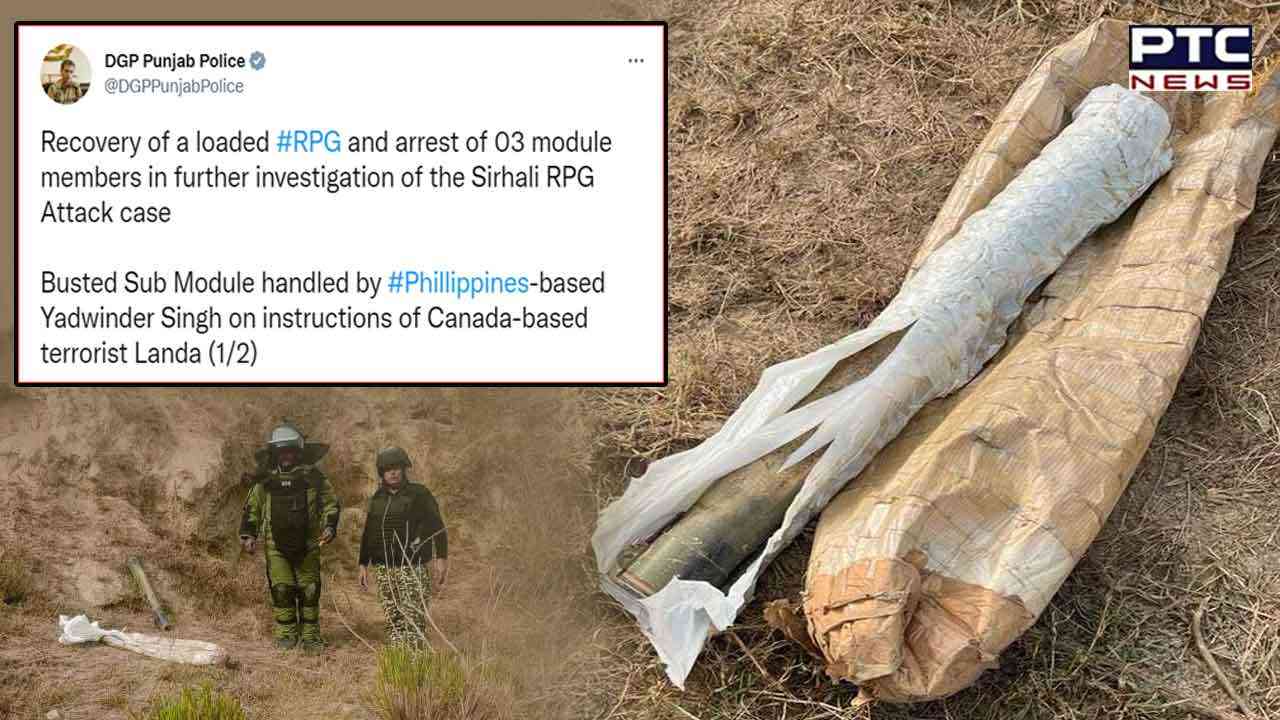 The information was shared by DGP Gaurav Yadav in a tweet. He said the Punjab Police had busted sub-module handled by Philippines-based Yadwinder Singh following the instructions of Canada-based terrorist Lakhbir Landa.


With the recovery of a ready-to-use fresh RPG, the Punjab Police have successfully thwarted another possible terrorist attack aimed at disturbing the peace and harmony of the state,” claimed the DGP.


The development came days after the arrest of seven persons, including two juveniles in conflict with the law, who carried out the terror attack at the police station, Sirhali building, in Tarn Taran at about 11.18 pm on December 9.

SSP, Tarn Taran, Gurmeet Singh Chauhan said during interrogation, the accused stated that they had provided one loaded RPG on the day of the RPG attack on the police station, Sirhali, on the instructions of Yadwinder Singh, currently residing in Manila, Philippines.

Accused Yadwinder had also sent a tutorial video on launching an RPG attack to show it to juveniles, who fired RPG at the police station, he added.

During further questioning, the accused said they along with another accused, Davinder Singh, had concealed another RPG on the instructions of Yadwinder Singh. The RPG along with a rocket launcher was recovered from a pinpointed location on the banks of the Beas at village Keedian in Tarn Taran.


The DGP said police teams had also arrested accused Davinder Singh, who disclosed that they were hatching a conspiracy to carry out another terrorist attack in the state on the instructions of Yadwinder Singh and Landa. The police are further investigating the backward and forward linkages in this case and more recoveries and arrests are expected soon, he added.

Meanwhile, Tarn Taran police have called the Army authorities and forensic teams to examine the RPG and rocket launcher.