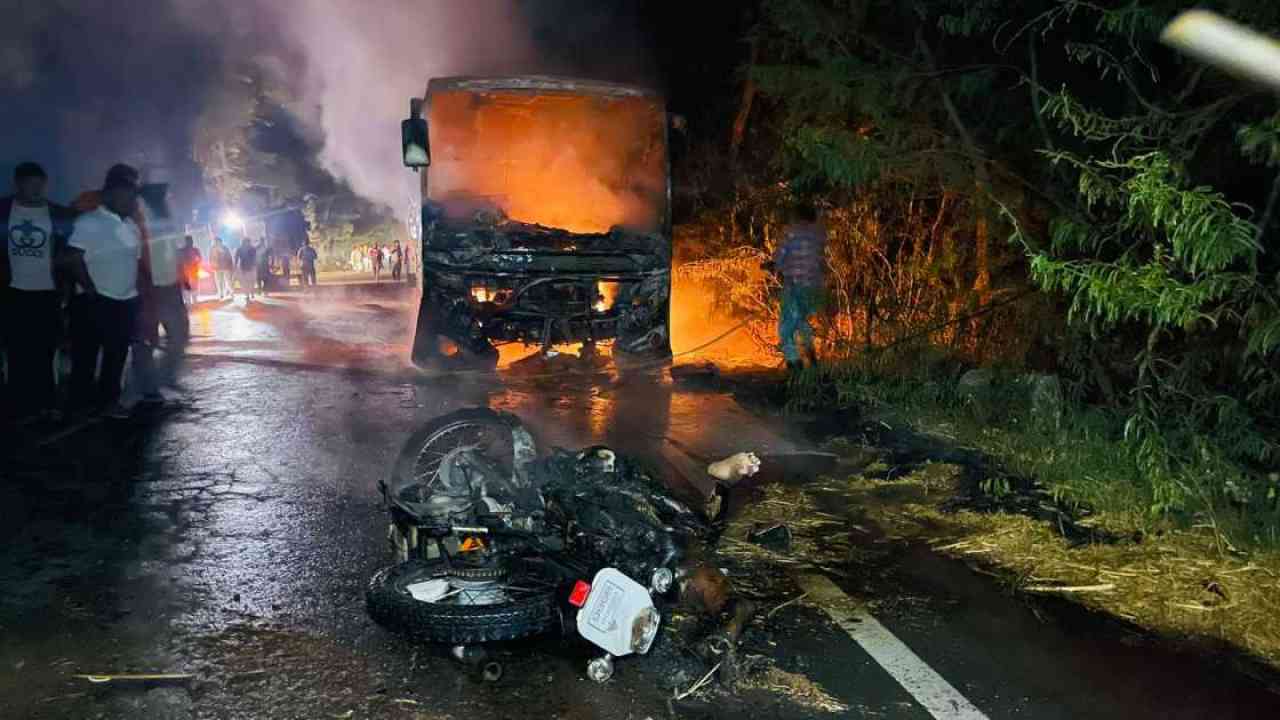 Bathinda, November 20:  A tragic road mishap has been reported in Bathinda wherein two Bike borne riders were charred to death in bus-bike collision near Bathinda. According to the preliminary reports, 'Deep' bus caught fire near Gurthadi in Sangat Mandi, Bathinda which was on its way back from Salasar.

As per inputs, both vehicles caught fire after collision, in which  a woman and a man riding a motorcycle were charred to death while bus passengers were reported safe.

This is a developing story, more inputs awaited.