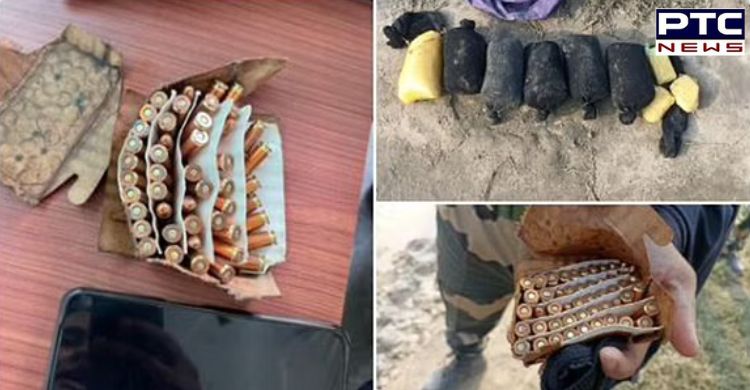 Fazilka (Punjab), September 7: The Border Security Force (BSF) foiled a cross-border smuggling bid by Pakistan-based smugglers on Wednesday, seizing 6.370 kgs of heroin worth 38 crores along with 190 gms of superior quality opium in the Muhar Jamsher village of Punjab's Fazilka district.

The BSF also opened fire on smugglers who escaped in the darkness.

"Alert troops of 66 battalions of BSF within 24 hours again foiled another Pak-based smugglers' attempt to smuggle heroin and seized 6.370 kgs of heroin worth 38 Crores,190 gms of superior quality opium and 50 of 7.63 rounds in village Muhar Jamsher of Fazilka, Punjab. BSF fired on smugglers who ran away taking advantage of darkness," BSF informed. 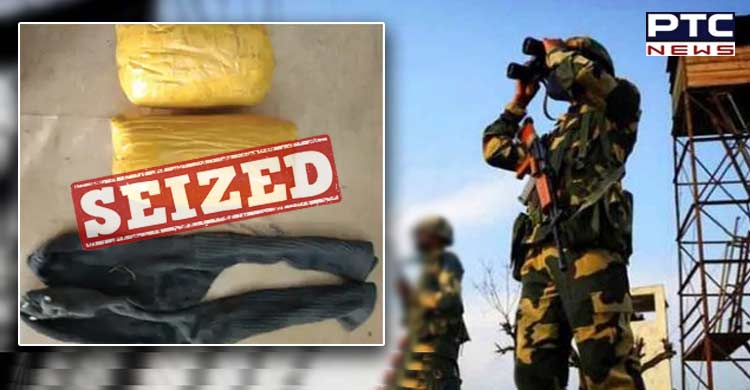 Earlier on Tuesday, the Border Security Force (BSF) confiscated heroin worth Rs 22.65 crores in Jhangad Bhaini village of Punjab's Fazilka, which was being smuggled by Pakistan-based smugglers.

According to sources, the troops of the 66 Battalion BSF recovered 3.775 kgs of heroin worth Rs 22.65 crores during a huge search in the Fazilka village after acting on a specific tip.

Earlier on August 25, the BSF in Jammu thwarted a narcotics smuggling attempt through the International Border in the Samba area, recovering approximately 8 kg of narcotics. On August 23, the BSF discovered a cache of assault weapons along the India-Pakistan border in Punjab.

On the same day, three AK-47 rifles with six magazines, three M3 Rifles with four magazines, and two pistols with two magazines were seized in the Ferozepur region, all of which appeared to have been smuggled from Pakistan.