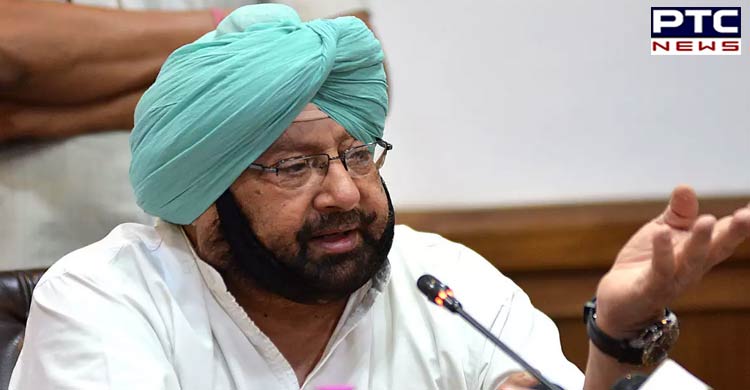 Chandigarh: Punjab Chief Minister Captain Amarinder Singh on Wednesday set the tone for the historic Special Session of the Vidhan Sabha, to mark the 550th Prakash Purb of Sri Guru Nanak Dev ji, with a call for the protection of the nature to save the future generations from the devastating effects of environmental pollution.

This ideology needs to be preserved in letter and spirit to ensure that the future generations do not suffer from deadly diseases due to environmental pollution, as is evident from the prevailing air pollution which has degraded the quality in the entire northern region, including the national capital, said Captain Amarinder.

He appealed to one and all to preserve nature and natural resources, to make Punjab clean, green and pollution free, in line with the Guru’s philosophy, by making optimal use of ground water, diversifying into less water-intensive crops, not burning paddy straw and checking use of chemical fertilizers.

In his address, the Punjab Chief Minister also exhorted one and all to follow the timeless message of Sri Guru Nanak Dev Ji to carve out an egalitarian society, sans social and economic disparities. He underscored the need to revisit the teachings and message given by Sri Guru Nanak Dev Ji and correct any deviation from the same.

Pointing out that the present generation was blessed to be celebrating the momentous occasion of the 550th Prakash Purb during their lifetime, Captain Amarinder called upon all to imbibe the values of compassion and love from the 1st Sikh Guru’s teachings. He made special mention of Guru ji’s philosophy of oneness and unity of God to emphasise on tolerance and harmony.

The Chief Minister expressed the hope that the bonhomie witnessed today between the MLAs of Punjab and Haryana present in the House would continue to strengthen the bond between the two states in the future too, thus enabling the overall development and prosperity of the region.

In his keynote address, Vice President M Venkaiah Naidu expressed delight at the opening of Kartarpur Corridor, slated in a couple of days. He hoped the Corridor, which would “connect us with Kartarpur, the sacred place where Guru Ji spent the last 18 years of his life”, would become a shrine of peace, harmony and humanism, and help in the realization of Guru Nanak’s universal vision of a world as one family.

He appealed to the MLAs to set an example by serving the people in accordance with the principles enunciated by the great Guru for creating a harmonious society. Describing Guru Nanak Dev ji as great champion of equality, Naidu said that the First Sikh Guru was a great votary of women empowerment.

Complimenting Captain Amarinder Singh and Vidhan Sabha Speaker Rana KP Singh for convening the ‘Special Session’ with the participation of the legislators of Punjab and Haryana, the Vice President hoped this initiative would go a long way in spreading the message and teachings of Guru Nanak Dev ji far and wide.

Earlier, Former Prime Minister Dr Manmohan Singh appealed to all to take forward the legacy of Guru Nanak's message of mutual love and respect to ensure an equitable society.  Advocating that peace and harmony was the only way forward to ensure a prosperous future he hoped the Kartarpur Model would be replicated in future too for lasting resolution of conflicts.

Guru Nanak Dev Ji’s eternal message of oneness of God, religious tolerance and peace could pave the way to end sectarian violence, which Dr Singh said was the biggest challenge facing the world.

On the occasion, the Chief Minister honoured the Vice President, the former Prime Minister, Governors of Punjab and Haryana, and Chief Minister of Haryana with gold and silver commemorative coins, mementos, and sets of books.