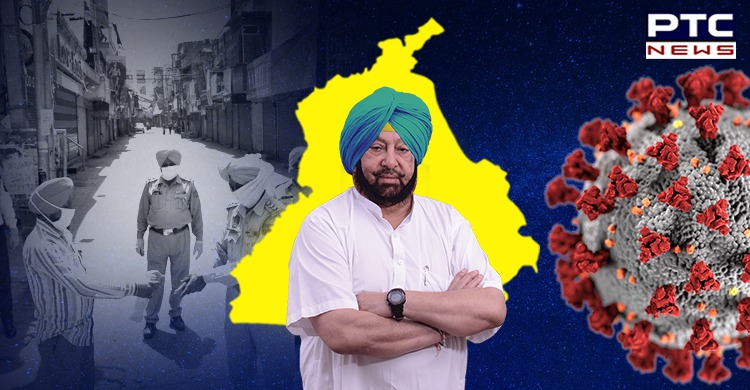 Taking cognizance of the suggestions of several Congress MLAs and the advice of medical experts, Punjab Chief Minister Captain Amarinder Singh on Monday announced some relaxations in lockdown in urban areas, including opening of non-essential shops on Saturdays and relaxation in their timing from Monday to Saturday till 9 p.m.

Night curfew will be in place in all cities/towns now from 9.30 p.m. to 5 a.m., as per the revised decision.

Hotels and restaurants will be allowed to remain open on all days, including Sundays, till 9 p.m., after which home delivery of food will be allowed, as per the revised guidelines.

It has also been decided to align opening of non-essential shops in Mohali with the rest of the tri-city (namely Chandigarh and Panchkula), said the Chief Minister.

The decisions were announced by the Chief Minister during his second round of virtual meeting with Punjab Congress MLAs to discuss the COVID situation. Captain Amarinder told the meeting that Dr KK Talwar, who heads the state government’s expert group on COVID, had advised easing of these relaxations with due precautions.

Responding to complaints of shopkeepers getting inflated bills even though their shops had remained closed for a long duration, the Chief Minister directed the Electricity Department not to charge bills on the average of the previous year but to send actual bills.

Captain Amarinder also announced cash compensation of Rs. 1500 for construction workers who test positive or whose immediate family has tested positive and they have to be quarantined. He asked the Congress MLAs to take the lead in distribution of free food packets to poor patients who have tested positive to enable them to have enough ration at least for 7-10 days during home isolation.

During the meeting, Captain Amarinder directed the MLAs and Ministers to aggressively counter the negative propaganda being spread by certain anti-social elements and AAP on COVID testing and organ harvesting. He urged them to reach out to people in their constituencies through workers, Sarpanches etc, and in fact, rope in the Sarpanches to lead by example and persuade people to follow all health protocols strictly.

Asserting that his government will not tolerate anti-Punjab and anti-Punjabi propaganda, the Chief Minister said he had asked the police to crack down on such elements.

People should be encouraged to identify the mischief makers and inform police, he said, adding that they should be told that Oximeters are no substitute for testing and delayed testing was leading to increased fatalities. The Oximeters can only help by guiding a person to seek admission in hospital when Oxygen saturation levels become low, he said, adding that his government is procuring 50000 additional Oximeters to be given to health staff and Asha workers, as well as some of the home isolation patients, he said.

The Chief Minister also asked the MLAs to visit their constituencies and hospitals to establish better communication with the people and boost their morale.