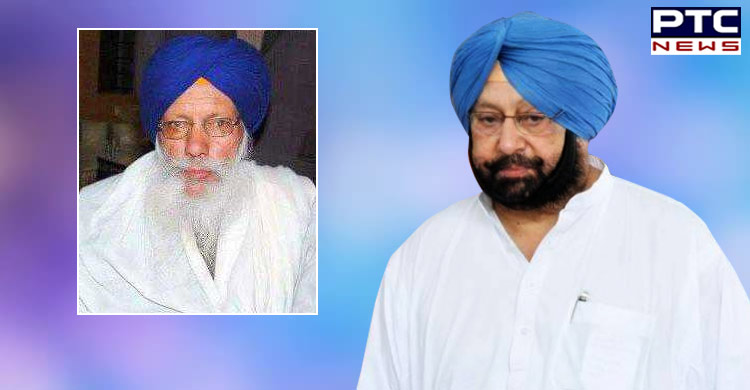 Chandigarh: Punjab Chief Minister Captain Amarinder Singh on Friday expressed profound grief over the sad demise of former Member Parliament Sukhdev Singh Libra (87), who breathed his last in a private hospital at Khanna this morning. He is survived by his wife, two sons and two daughters. In a condolence message, Captain Amarinder described Libra as a grassroots leader, who always believed in value-based politics. He said with the passing away of Libra, the state has been bereft of the services of a gentleman Sikh politician and a fine human being with the qualities of head and heart.

The Chief Minister said Libra without caring for any post always stood firm on his unflinching principles. Recalling a major development in national politics, Captain Amarinder said that Shiromani Akali Dal MP Libra fearlessly rising above the party lines cast his vote in favor of Dr. Manmohan Singh, the then UPA-1 Prime Minister during the floor test in the Lok Sabha on Indo-US Nuclear deal in 2008.

Captain Amarinder prayed to the Almighty to give strength to the bereaved family, relatives, and friends to bear this huge loss in this hour of grief and grant eternal peace to the departed soul. It may be recalled that Sukhdev Singh Libra was elected MLA for the first time from Khanna in 1985. He remained Member Rajya Sabha from 1998-2004 and was elected Member Parliament from Ropar in 2004 and Fatehgarh Sahib in 2009. Libra also remained a member of Shiromani Gurdwara Prabhandhak Committee for nearly 17 years.