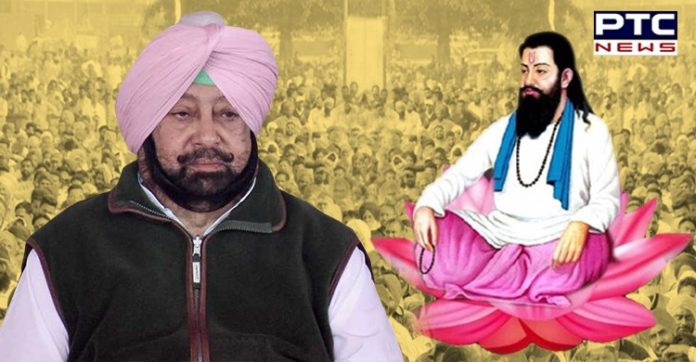 Chairing a virtual meeting, the Chief Minister, who is also the chairman of Sri Guru Ravidas Memorial Foundation, also asked the Principal Secretary, Public Works, to immediately start the work for strengthening and widening the 4 km stretch of the existing 10 feet wide road leading to the Memorial, in order to facilitate devotees to pay obeisance seamlessly there. He also directed augmentation of the drinking water supply facilities to meet the requirement of the local residents.

Director, Tourism & Cultural Affairs, has been designated as Chief Executive Officer of the Executive Committee to oversee the day to day progress on the work of the Memorial, which the Govt has so far spent Rs.58.35 crore on this project. On completion, it will cost Rs. 104 crore to the state government. The foundation stone of the project was laid on April 3, 2016.

The Punjab government has decided to set up the Sri Guru Ravidas Memorial Foundation at village Khuralgarh in Tehsil Garhshankar of Hoshiarpur district, where Guru Ravidas ji had spent the latter part of his life meditating. The site is referred to as ‘Taposthali’ of Guru ji.