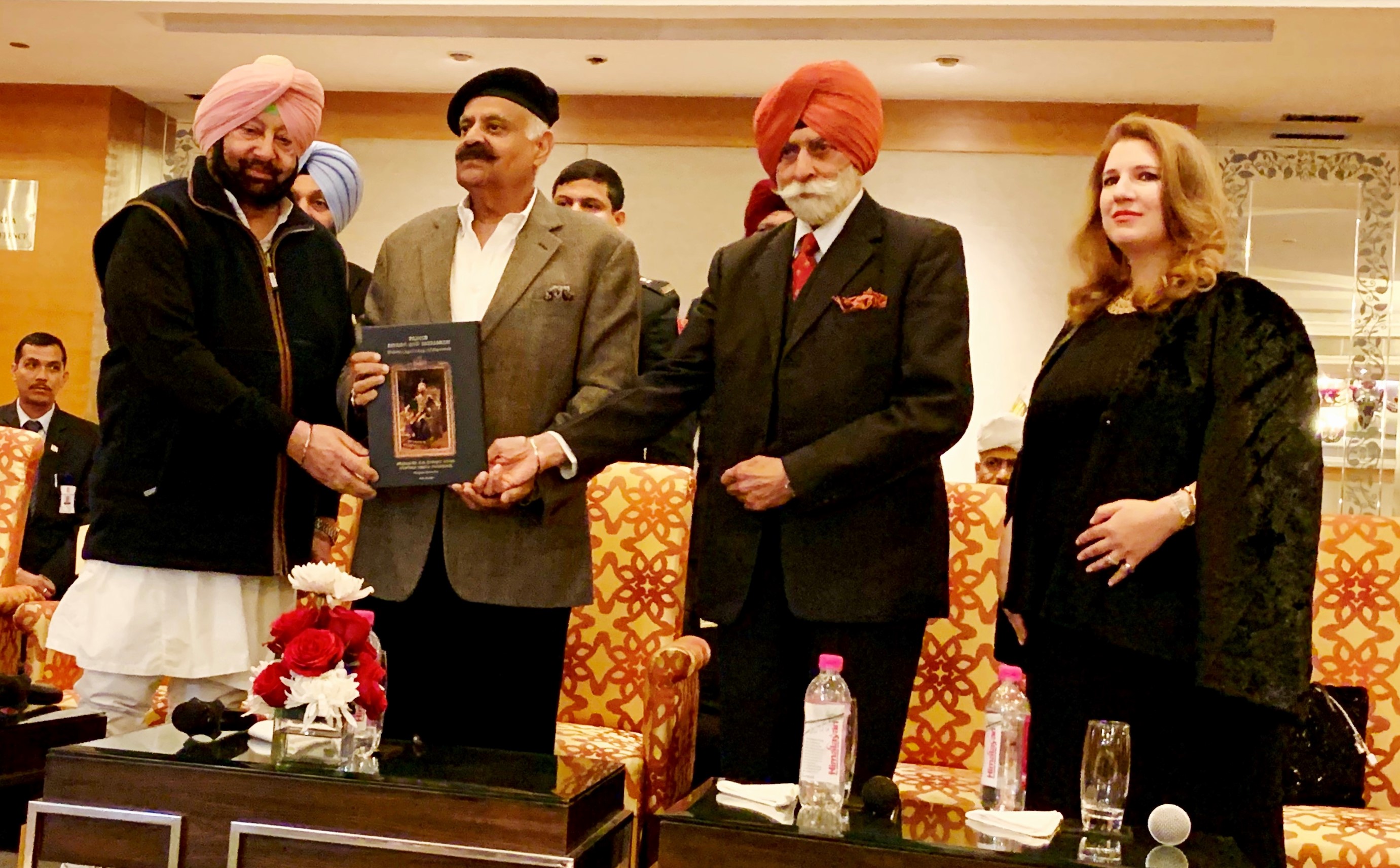 Punjab Chief Minister Amarinder Singh Monday released a book on former ruler Maharaja Jagatjit Singh of Kapurthala, hailing him as an architect of modernisation of the erstwhile princely state.

The book 'Prince, Patron and Patriarch - Maharaja Jagatjit Singh of Kapurthala' was co-authored by the erstwhile ruler's grandson, Brigadier (Retd) Sukhjit Singh and Cynthia Meera Frederick, a conservation architect, who met the former Army officer at an INTACH event.

Besides the authors, Punjab Governor V P Singh Badnore was also present on the occasion, which saw the chief minister describing the book as a candid tribute by a grandson to his grandfather.

The occasion also saw the 76-year-old Amarinder Singh, born to the family of erstwhile Patiala Royals, recalling his own grandfather Bhupinder Singh along with Maharaja Jagatjit Singh, who, he said, together brought Patiala and Kapurthala on the world map through modernisation.

During the launch of the book, the chief minister regaled the audience with anecdotes showcasing the far-sightedness of the Kapurthala Maharaja, whom he recalled meeting once as a six-year-old.

He described the book as a great source of knowledge and insight for the younger generation about the last ruler of the erstwhile princely state of Kapurthala, with whom the chief minister's family shared historic links.

Describing Maharaja Jagatjit Singh as a "progressive ruler", Amarinder Singh said the 1920s and 1930s were Europe's golden years when some of the Indian rulers had visited the continent to see what they could bring back to Punjab for the state's betterment.

His family association with Maharaja Jagatjit Singh went back 12 generations, said the chief minister, adding the book went beyond a narration of historical facts to give a new perspective to the golden era.

Amarinder Singh spoke highly about Brigadier (Retd) Sukhjit Singh too and read out a para from the book recognising his valour during the 1971 Indo-Pak war for which he had been awarded the Maha Vir Chakra.

Amarinder Singh also complimented both the authors for the extensive research by them to explore and bring out various dimensions of the most epochal events, both within India and abroad, which Maharaja Jagatjit Singh was witness to.

He lauded Brig Sukhjit Singh for bringing alive the close relationship between him and his grandfather eloquently with his astute understanding and writing skills.

Speaking on the occasion, Governor Badnore said he was honoured to stand between members of two royal families.

He described the book as more than a coffee table book and said extensive research had gone into the book, set in the backdrop of the period between the first and second industrial revolutions, that saw many notable events and developments take place the world over.

In India, this was the period that saw some of the most legendary rulers, such as Ganga Singh in Rajasthan, as well as Bhupinder Singh and Jagjit Singh in Punjab, he said.

All these royals did great work for their states, he said, adding that eventually though the Rajasthan royal families turned their palaces into hotels, in Punjab, their benevolence led them to give up everything for the welfare of the people.

The governor cited examples of a school being run in Kapurthala Palace and the Sports Institute in Moti Bagh in Patiala.

Speaking on the occasion, Cynthia Meera Frederick, a conservation architect who was intrigued by the Maharaja's love for French architecture, thanked the chief minister for launching the book.

She said it was only befitting that the book was formally being launched in Chandigarh as Maharaja Jagatjit Singh was passionate about architecture and urban planning.

Talking about the challenges faced in writing the book, Brigadier Sukhjit Singh said the book would go a long way in dispelling long-held notions about the rulers being generally labelled as feudal Thakurs and Nawabs.

For a society which now believes in an ostentatious display of wealth, the book on a Maharaja who stood for equality would stimulate thought in the right direction, Brig Sukjhit Singh added. PTI