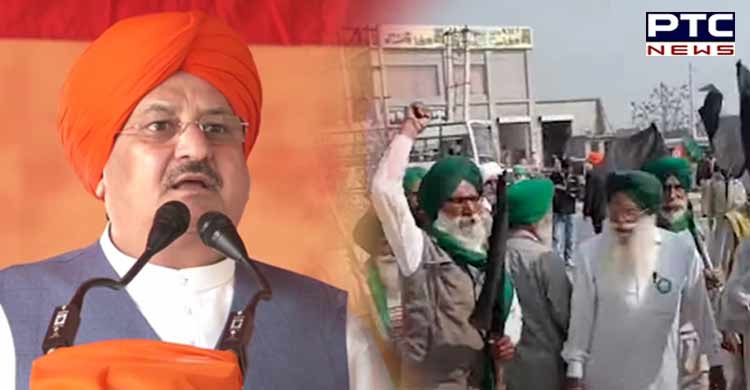 Bathinda, February 15: Farmers on Tuesday staged a protest against the visit of BJP national president JP Nadda to Maur to address a public meeting in favour of BJP candidate Dyal Sodhi ahead of the Punjab Assembly elections 2022.

The protesters said the BJP-led Union Government had been running away from the assurance on MSP committee and cancelling cases registered against farmers during the agitation against the three farm laws. 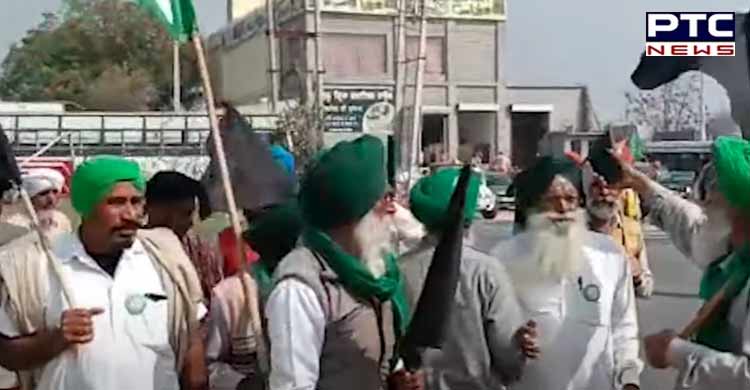 On the other hand, JP Nadda, while addressing a public rally, said, "There are many people who do politics in the name of farmers, but I can confidently say that what Prime Minister Narendra Modi did for the welfare of farmers was never done by anyone else."

Lashing out at the Congress, he said, "When people of the Congress come here, ask them that when the 1984 riots broke out & Sikh brothers were killed what did Congress leaders do? 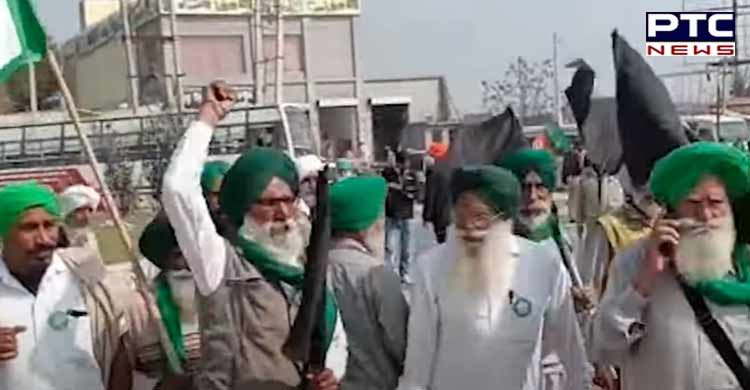 JP Nadda claimed that the BJP was the only party which worked on the basis of "Sabka Saath, Sabka Vikas, Sabka Vishwas and Sabka Prayas (Sabka Prayas)".

The BJP president said their party was committed to the development of the poor, deprived, downtrodden, exploited and oppressed. 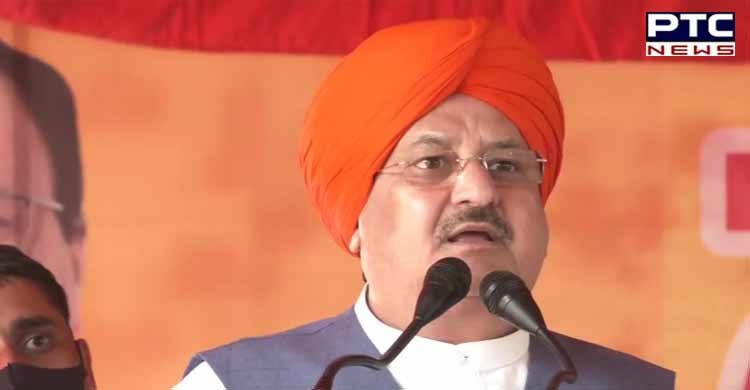 On the Sikh riots, JP Nadda said when members of the Sikh community were killed, the Congress had said "the earth shakes when a big tree falls". However, Prime Minister Nareandra Modi formed an SIT and sent the culprits to jail.

Notably, the Punjab Assembly elections are scheduled for February 20 and the result will be declared on March 10.