Chandigarh, May 26: Jail Superintendent, Faridkot, Punjab, Joginder Pal was on Thursday suspended after a video shot by an inmate on a cellphone went viral.

Following an inquiry by the DIG, Prisons, the Faridkot Jail Superintendent was indicted for dereliction of duty that lead to the availability of cellphones to inmates in the jail.

Notably, Karan Sharma was arrested for allegedly possessing illegal weapons. He reportedly shot his video in the jail and sent it to outsiders. 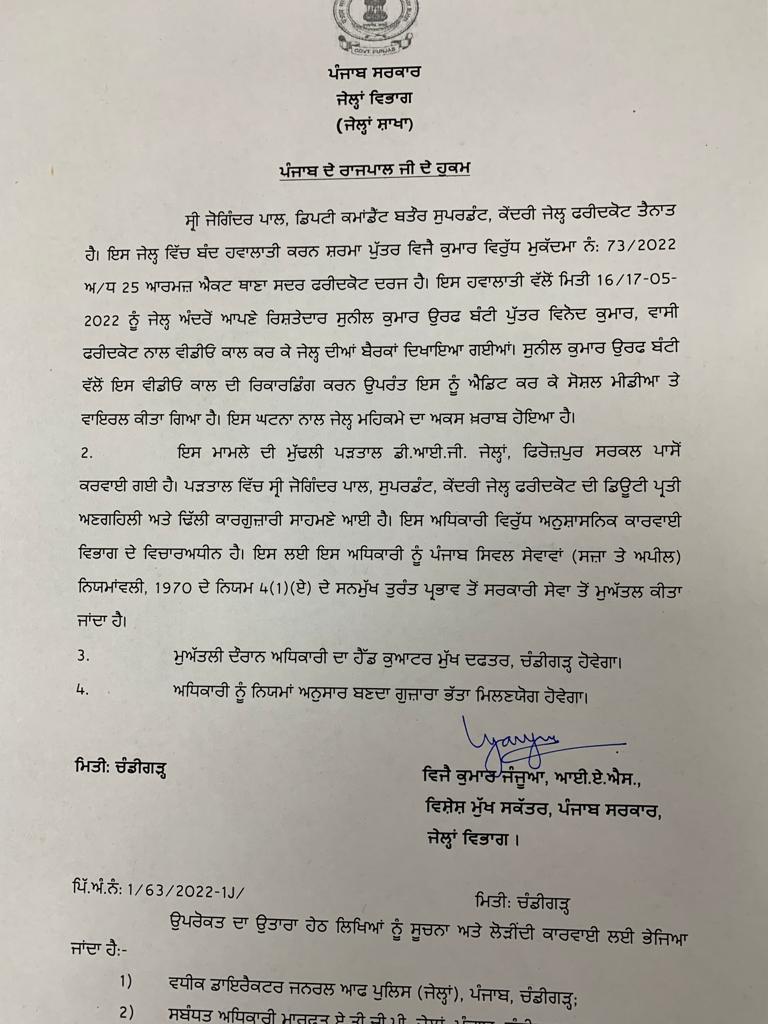 Karan Sharma, who reportedly shot the video, has also been booked for showing the inside view of the jail.