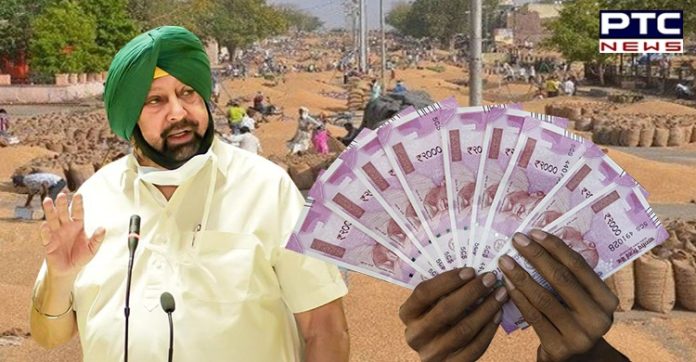 Punjab Rabi Marketing Season: On the directions of Punjab Chief Minister Captain Amarinder Singh, the Finance Department on Friday released the pending arrears amounting to Rs. 151.45 Crore to the Arhtiyas.

Meanwhile, a spokesperson of the Chief Minister said that the Food Corporation of India (FCI) was supposed to pay the arrears to about 5000 Arhtiyas but due to delay on its part, the Punjab government released the same from the state exchequer to ensure smooth and hassle-free wheat procurement during ongoing Rabi Marketing Season.

It may be recalled that before the commencement of wheat procurement, the Arhtiyas had requested the Chief Minister to settle their arrears immediately on which Captain Amarinder Singh directed the Finance Department to release the due payment without waiting for the payment by FCI.

It is further pointed out that the Finance Department has released an amount of Rs. 151.45 crore on the condition that the Food and Civil Supplies Department would ensure crediting the amount back to the state exchequer whenever it is returned by FCI. It may be mentioned here that around 5000 Arthiyas did not comply with the Public Financial Management System (PFMS) during the Kharif Marketing Season 2019-20.

Resultantly, the commission of Arhtiyas to the extent of Rs 151.45 crore has been withheld by the FCI. The Chief Minister had assured the President of the Federation of Arhtiyas Association of Punjab Vijay Kalra that the state government would always stand by the Arhtiyas.