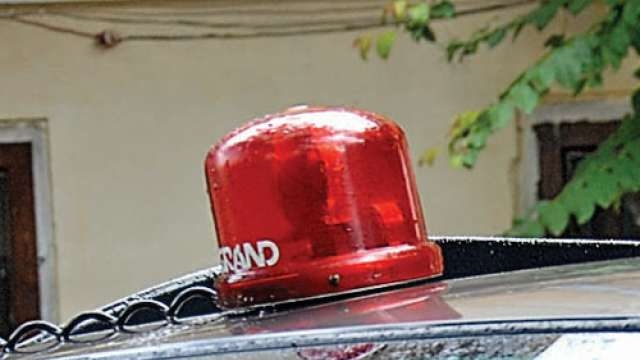 Chandigarh: The Punjab Government on Saturday issued a formal notification prohibiting the use of red beacon light on all vehicles except for certain exempted categories, thus taking a major step towards the elimination of VIP culture, as promised in the Congress manifesto.

The notification, issued by the Department of Transport under Rule 108 of Central Motor Vehicles Rules, 1989, supersedes all previous notifications on the use of red and other coloured beacon lights, said an official spokesperson.

However, the notification specifies that in case the said vehicle is not carrying the dignitary, or the dignitary is not on duty, the red or blue light, as the case may be, shall not the used and shall be shielded by a black cover.

The other category of exempt vehicles related to those on Emergency duty, including vehicles with' Ambulance', Disaster Recovery', Police or "Fire Services' as the case may be, painted prominently in 12" letters. These vehicles can use different lights, as applicable and as specified in the notification.

The notification provides a blinking red light with purple glass for ambulances (only while attending an emergency), amber light with blinker for disaster/recovery equipment, and flashing bar/console (red, blue, white) for police vehicles and fire service vehicles, while on emergency duty only.

This exemption also has a rider to the effect that when not on duty as mentioned, the light on these vehicles will be covered with a black cover. Further, the light shall be used only after the sticker issued by Additional Director General of Police (Traffic) Punjab has been displayed on vehicle's windscreen.

According to the notification, details of stickers i.e. sticker number, name of dignitary, vehicle number, category under which permission granted will be intimated by the ADGP to the State Transport Commissioner, Punjab, Chandigarh.

The notification clarifies that the above authorisations to use beacons atop vehicle are subject to notifications issued from time to time in this regard by Government of India.