Randeep Hooda Birthday: An Indian Actor who is prominently known for his work in Hindi Film industry. The Actor who earned his stardom by himself and is the recipient of two Stardust Awards, and nomination in the Filmfare and the International Indian Film Academy Awards, each. Randeep Hooda was born on August 20, 1976, in Rohtak, Haryana.

For @vogueindia on the one and only .. the champ #SimplySupreme now in heaven ?? #tbt #tb #throwbackthursday

As he came back from Australia, he started his career in modeling and acting. Randeep Hooda made his debut in the Hindi film Monsoon Wedding (2001).

The film in which Randeep Hooda just nailed it, with his character and also the actor knows very well, how to get into it.

The perfect look and the skills that Randeep Hooda has got. He is one of the finest actors that the Hindi Film industry has.

Now, what do you call this one? Randeep Hooda who was epic in this movie did his character phenomenally.

“Saand Hai Tu”, the motivational kick, which still gives the goosebumps, whenever you see this film. 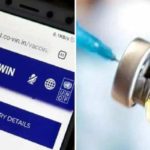