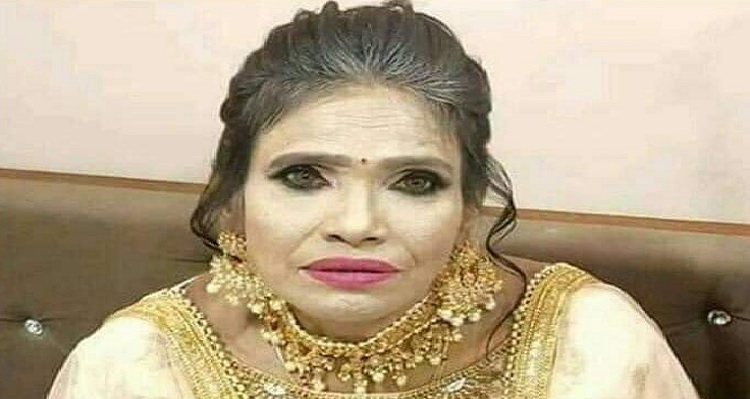 The Internet sensation Ranu Mondal has been in headlines since a video of her singing “Ek pyaar ka nagma hai” went viral on social media. The video landed to the Bollywood music composer Himesh Reshammiya, who offered her a break with the song, “Teri Meri Kahani” for his upcoming film, Happy Hardy and Heer.

Meanwhile, there's a photo which is making rounds on Internet, in which the singer is seen having loads of makeup on her face. Ditching the usual saree, wearing makeup that was a couple of tones lighter than her natural skin colour, Mondal left netizens shocked. There are several memes flooded on social media, with hilarious memes.

Here's what Tweeple has to say:

Recently, Ranu Mondal was heavily criticised for misbehaving with a woman, who was asking her for a selfie. A video of her getting defensive on being approached by a fan in a supermarket went viral, criticising Ranu Mondal. The singer was seen asking a lady who approached for a selfie, ‘ye kya hota hai,’ (what does this mean)?