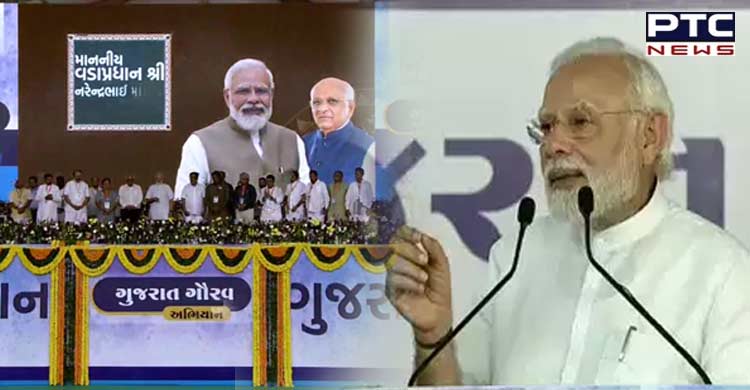 On Friday, PM Modi took part in the Navsari 'Gujarat Gaurav Abhiyan.' Speaking at the event, he stated, "The rapid development in the state during the last two decades is the pride of Gujarat, development for all and a new aspiration born out of this development. The double engine government is sincerely carrying forward this glorious tradition."

Before becoming Prime Minister in 2014, PM Modi held the record for being Gujarat's longest-serving Chief Minister, functioning from October 2001 to May 2014.

According to PM Modi, the government has prioritised the upliftment of the poor over the last eight years.

"In the last eight years, following the mantra of Sabka Saath, Sabka Vikas, our government has laid the utmost emphasis on the welfare of the poor, on providing basic facilities to the poor," he said.

On Friday, the Prime Minister inaugurated and laid the foundation stone of multiple development projects worth about Rs 3,050 crores in Gujarat.

These projects will help in improving the water supply in the region, along with boosting connectivity and enhancing the ease of living, said the Prime Minister's Office.