“Ready to die for peace and communal harmony in Punjab”: Parkash Singh Badal 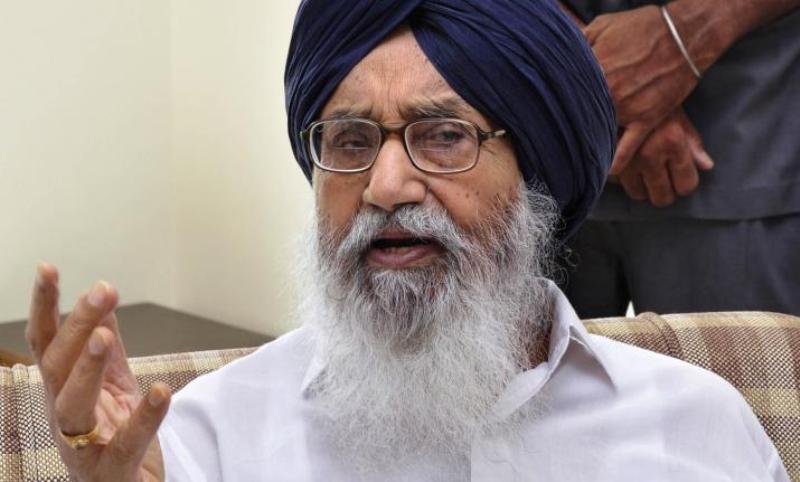 Five times Punjab Chief Minister Sardar Parkash Sigh Badal said today he would consider it a great fortune and a matter of honour to lay down his life for the cause of peace and communal harmony, especially for strengthening the bonds between the Hindu and the Sikh communities.

”Peace and communal harmony are an item of faith with me and I am not afraid of any threats or conspiracies of those who wish to take my life just because my continued presence is a hindrance in the path of their wish to set Punjab aflame again.

“These elements who have always had the backing, secret and not so secret, of the Congress party are still active in Punjab with the backing of the Congress. This unholy combine is bent upon forcing the Sikh masses into the deadly bloodbath of the 1980s from which Punjab and the Sikhs have not yet fully recovered. I consider no price too high to save the Sikhs and the other Punjabis from this deadly conspiracy,” said Mr Badal

Mr Badal also declared that he required no security cover being offered by him and said that  the government may withdraw whatever security umbrella they deemed unnecessary.” Perhaps it is hard for you to understand but I wish to make it clear that I am ready to die for peace and communal harmony and have no need for any government security. Not to speak of any additional security, I request you to withdraw whatever security you need to withdraw from around me,” Mr Badal told the Punjab CM.

Mr Badal said that instead of playing gimmicks such as offers of security, the chief minister should focus on preserving peace and harmony and on saving the state from slipping into a dangerous anarchy. "They must stop playing the dangerous communal games aimed at causing communal tensions in Punjab. The people of the state have already lost thousands of their innocent near and dear ones to such nefarious and cynical games," he said.
“Everyone knows that the Congress has always been behind dangerous slogans and radical politics in Punjab with the sole aim of depriving the Sikhs the right to serve their sacred shrines through their own elected representatives. Their real aim of the Congress is to weaken the Khalsa Panth by grabbing control of the SGPC, a fact which Captain Amarinder Singh has now openly admitted. This naked ambition of the Congress and the injustice and discrimination against the Punjabis in general and the Sikhs in particular by successive Congress governments, were behind the tragedy of Punjab in the 1980s culminating in the tragic army assault on Shri Harmandar Sahib and the brutal massacre of thousands of innocent Sikhs in Delhi and other parts of the country in 1984,”said Mr Badal.
Mr Badal scoffed at Captain Singh’s double-speak on the brazen denial of the support he is lending to the radicals to destabilize Punjab on the one hand and his open admission of the Congress's naked desire for grabbing control fo the Sikh shrines and institutions, including the SGPC on the other.

"Captain Singh openly declares his party’s policy and programme to grab control of the SGPC. In the same breath, he says that the Congress party is a secular outfit and will not play religious politics. And then, he adds that he would not support the radicals for this purpose either. Then, may one ask, how does he plan to grab control of the SGPC? The cat is truly out of the bag,” said Mr Badal

Mr Badal asked Captain Singh to learn from the tragic lessons of the past and refrain from pushing Punjab back into the flames of 1984.