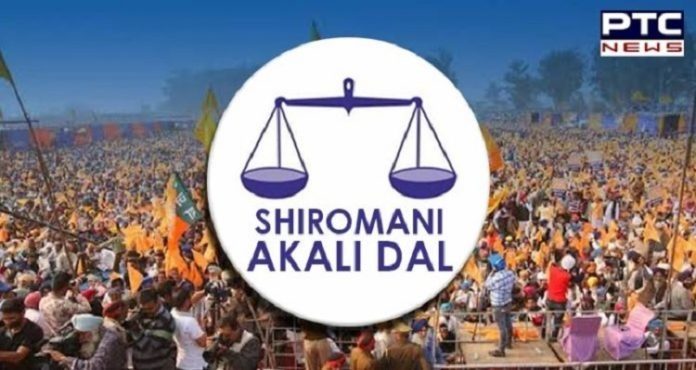 Chandigarh: The Shiromani Akali Dal (SAD) on Thursday stated that after the lies and theatrics in Delhi, the youth of Punjab were waiting with baited breath for Chief Minister Captain Amarinder Singh to release data of 11 lakh jobs given to youth by Punjab Congress government.

Former minister Maheshinder Singh Grewal said in a statement, “Now that the CM had recuperated sufficiently after campaign in Delhi, Capt Amarinder Singh should release the data of 11 lakh jobs given to youth in Punjab so that he could be felicitated appropriately.” “If he fails to do this, he should apologize to the youth and Punjabis for mouthing lies in Delhi for petty political gains,” he said.

While giving details, the SAD leader said that the true facts were known to everyone and the lies spoken in Delhi could not change the reality. Grewal said that “It’s a fact that after the farmers, youth have also got demoralized by CM’s failure to fulfill ‘Ghar Ghar Naukari’ promise and that some of them have even starting to take their lives in despair. Forget creating new jobs, the government failed to fill up more than 50,000 vacancies which were created in the last three years. It also refused to regularize 27,000 contractual employees”.

While speaking about the placement drives of private technical institutions which had been appropriated by the government, Grewal said that even this drive was an abysmal flop show. “Youth have already started boycotting the Rozgar Melas of Congress government because they are being offered jobs even below prescribed daily wage,” he said.

Stating that chief minister could not get away with this deceit, Grewal asked Captain Amarinder Singh to disclose why his government failed to implement Rs 2,500 per month unemployment allowance that was promised to youth while campaigning in Delhi. He added that “You denied the central scholarship funds for scheduled castes for more than one year. In your dispensation, school girls were being denied cycles and students even winter uniform”.

About the other “achievements” which had been tom-tommed by the chief minister in Delhi, the Akali leader said that even in this case Captain Amarinder Singh tried to befool the people. He said, “Chief Minster claimed that 5,500 smart schools were created in Punjab. However, his education minister disclosed that the scheme has just taken off. Similarly, Captain Amarinder Singh has claimed that 70 per cent Wellness Clinics have taken off even though everyone knows that this so called scheme has failed and it could not take off due to the non-provision of staff, medicines and equipment in proposed Wellness Centres”.

Stating that the chief minister should not shy away from Punjabis and also share his “achievements” with them, Grewal said it was sad that Captain Amarinder Singh had chosen to fool the people of Delhi with outlandish statements. “It seems CM knew that Punjabis have seen through this web of deceit and false promises during the course of which he did not spare even the holy Gutka Sahab,” the Akali leader added.