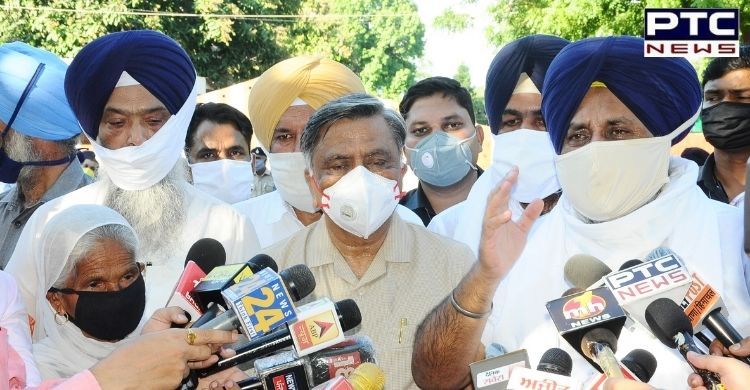 A joint delegation of the Shiromani Akali Dal (SAD) – Bharatiya Janata Party (BJP) urged Punjab Governor V P Singh Badnore to dismiss Captain Amarinder Singh led Congress government and recommend an inquiry by a sitting judge of the high court or the CBI into the hooch tragedy besides an Enforcement Directorate probe to recover the ill-gotten wealth acquired by Congress leaders from illicit liquor trade.

The SAD-BJP delegation, which was led by SAD President Sukhbir Singh Badal and BJP leader Manoranjan Kalia, also urged the Governor to direct confiscation of properties of all those involved in the illicit liquor trade, however big they may be besides stopping the smuggling of denatured spirit and extra neutral alcohol (ENA) from distilleries.

It also demanded that murder cases be registered against all those named by the victim families particularly Khadoor Sahib Legislator Ramanjit Singh Sikki. It also urged that all 118 victim families as well as those who were severely affected after imbibing spurious liquor be rehabilitated. 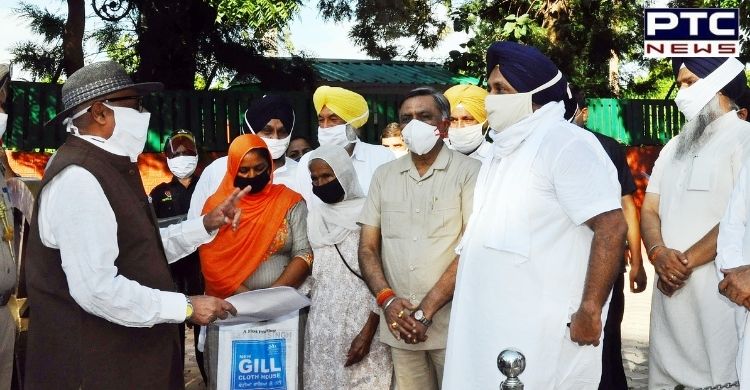 The joint delegation which was accompanied by a victim family, while handing over a memorandum to the Governor, said the hooch tragedy was the direct result of State patronage and this was why people across three districts of Amritsar, Tarn Taran and Gurdaspur were affected by the same lot of contaminated liquor. 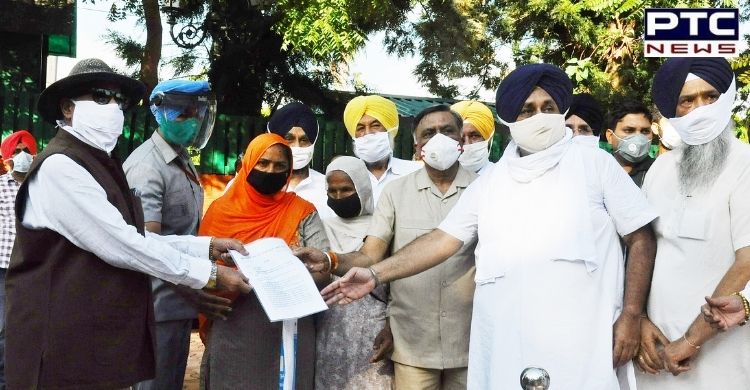 The delegation said this level of distribution had happened due to the nexus established between Congress leaders and legislators, police and excise officials. Tragedy victim family member Kamajit Kaur told the Governor that she was being threatened ever since she recorded a complaint against the Khadoor Sahib MLA. She said she was even being denied the Rs two lakh compensation for the death of two family members which had been given to other victim families.

SAD President Sukhbir Singh Badal also took on Pradesh Congress President Sunil Jakhar and former Congress President Rahul Gandhi while speaking to newsmen outside the Raj Bhawan. He said Mr. Sunil Jakhar and Rahul Gandhi were mum about the tragedy because monthlies from the illicit liquor trade were going right up to the Congress high command. He also castigated chief minister Capt Amarinder Singh for failing to reach out to the victim's families by refusing to share their grief by visiting them.