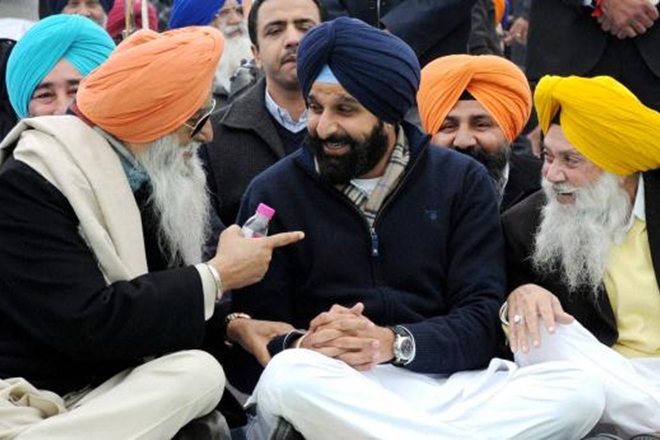 The Shiromani Akali Dal (SAD) today appreciated the principled stand taken by the former leader of opposition H S Phoolka that he would be the first person to quit AAP in case it joined hands with the Congress party in a direct or indirect manner.

In a statement here, former minister Bikram Singh Majithia said the SAD welcomed Mr H S Phoolka’s statement because the AAP leader had made it clear that he would not agree to any opportunistic alliance with the Congress party which was responsible for perpetrating genocide on the Sikh community in 1984 as well as attack on Shri Harmandir Sahib. “It takes guts to stand up to one’s principles in such a manner and by doing so Mr Phoolka has shown the mirror to AAP and its opportunistic leaders in Delhi and Punjab who are in the process of negotiating an alliance with the Congress party”, Mr Majitha added.

Stating that Mr Phoolka’s statement itself served to indict AAP, the Akali leader said it was obvious that the former leader of the opposition had come to know about the parleys being held by AAP leaders with the Congress and the fact that the Congress-AAP alliance was all but done. “This is the only reason for him to come out with an unequivocal statement that he will quit AAP once this is finalized”, Mr Majithia added.

The former minister said AAP had been functioning at the B team of the Congress party for long. “AAP Convener Arvind Kejriwal promised on his son’s head that he would not join the Congress but did so promptly to form his government in Delhi with Congress support”. He said since then AAP-Congress ties had become stronger with AAP supporting the Congress party’s candidature for the post of President and even voting along with Congress in the no-confidence motion moved against the NDA government in parliament recently.

The Akali leader said it was clear that Mr Phoolka was also disgusted with the manner in which the Punjab AAP was welcoming an alliance with the Congress party. “It is well known that leader of opposition Sukhpal Khaira is a closet Congressman who has always stood by the Gandhis and praised them even after the attack of Shri Harmandir Sahib and massacre of Sikhs in Delhi.

Khaira has always paid lip service to the cause of justice for 1984 victims. He has simultaneously supported the 2020 Referendum which calls for carving out a separate State.

Mr Majithia as per Sukhpal Khaira’s actions it seemed he was already part of the Congress party and only the official announcement was pending. He said the leader of the opposition had praised the Congress government in the Vidhan Sabha. He said Khaira had even gone back on his demand for a sitting judge to head important Commissions by giving his nod to Justice (retd) MS Gill’s candidature as Lok Pal even though Justice Gill had toed the Congress line as head of inquiry commission looking into alleged false cases registered during SAD-BJP tenure.

He said Khaira however as part of an understanding with the Congress criticised the party in public but supported it where it mattered including getting his relatives appointed as heads of commissions and getting serious cases withdrawn against him. “All this points out to an upcoming marriage between AAP and Congress due to which Mr Phoolka has warned about his imminent departure”, he added.