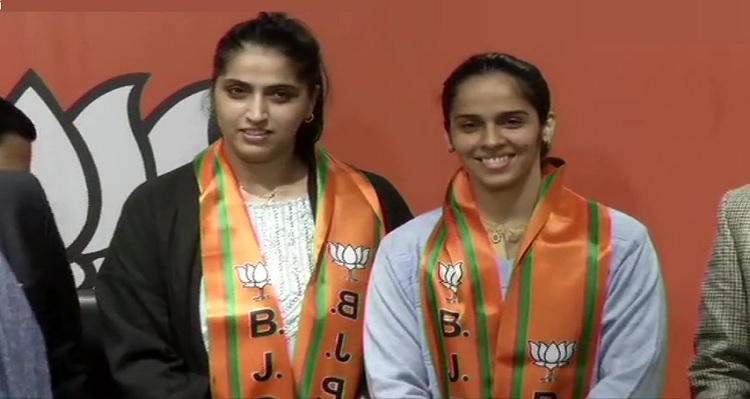 "I have won a lot of medals for the country. I am very hardworking and I love hardworking persons. I see Prime Minister Narendra Modi does so much for our country, I want to do something for the country with him," Saina Nehwal said after wearing the BJP scarf.

"I draw a lot of inspiration from Narendra sir," she added. Born in Haryana, Saina Nehwal (29) is a major investment for the party in the middle of the Delhi Elections Campaigning. She is one of the most popular sportspersons in India. Also, she is having a huge fan following and a brand value. Currently, Saina is preparing for the 2020 Tokyo Olympics.

Meanwhile, Saina Nehwal has been honoured with the country's top sporting awards like the Rajiv Gandhi Khel Ratna and Arjuna Award. In 2016, Saina Nehwal was awarded the Padma Bhushan. She has won over 24 international medals. In London Olympics, she won a bronze. In 2009, she was world number two and number one in 2015.