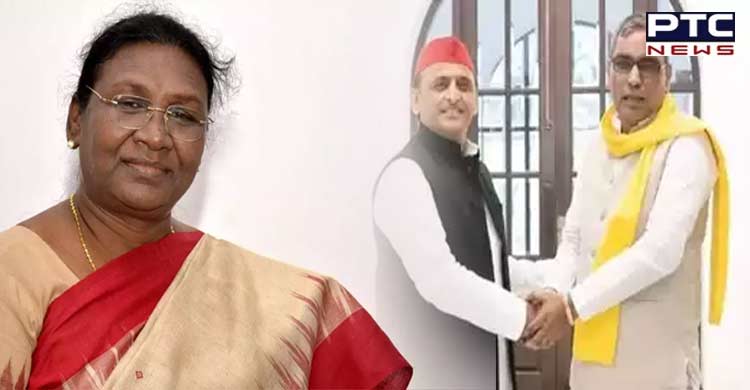 Meanwhile, Rajbhar who announced his decision on Friday refuted any cracks within his party's alliance with the Samajwadi Party, which has pledged to support joint Opposition candidate Yashwant Sinha.

The SBSP chief said that Chief Minister Yogi Adityanath and Union Home Minister Amit Shah urged him to support the NDA candidate in the presidential elections slated to be held on July 18.

"Chief Minister Yogi Adityanath had invited us for dinner to discuss extending support to Murmu. He said that since I was vocal on issues relating to the backward classes, Dalits and minorities, I should support Murmu's candidature. Union Home Minister Amit Shah spoke to me after July 12 and said the same things," Rajbar said while addressing a press conference.

"Shah urged me to support Murmu in the elections and I decided that my party will support her," he added.

Rajbhar recently asserted that "all is well" in the Samajwadi Party-led alliance and that he will decide in a few days whether to support Murmu or the presidential candidate Yashwant Singh, who is backed by the opposition.

Shivpal Singh Yadav, the leader of the Pragatisheel Samajwadi Party (Lohiya), claimed that Akhilesh Yadav's "political immaturity" was the reason why the SP was fading and that numerous of its leaders were leaving before the Assembly elections.