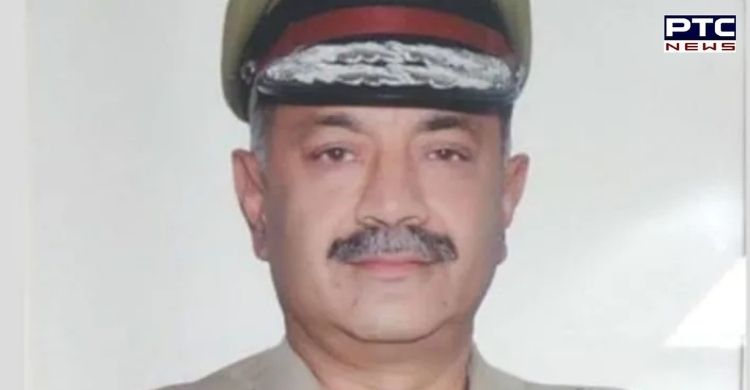 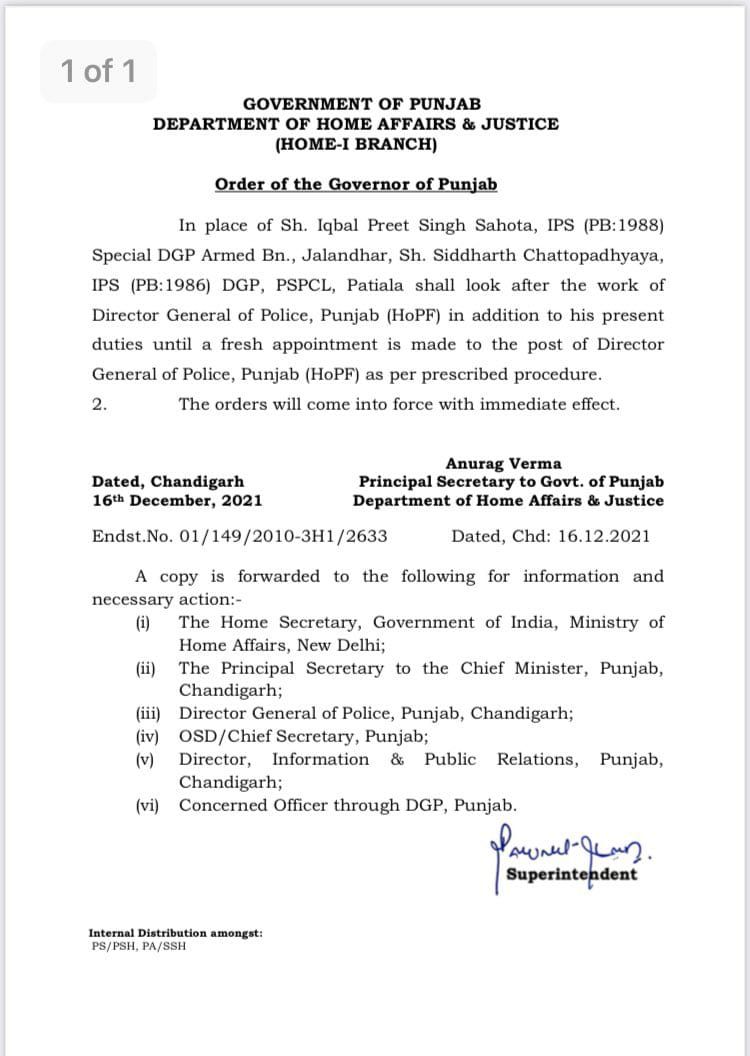 Punjab Chief Minister Charanjit Singh Channi and Home Minister Sukhjinder Singh Randhawa, on the other hand, had been backing Sahota.

Earlier, a panel of nine IPS officers was sent from the Union Public Service Commission for shortlisting names for Punjab DGP. 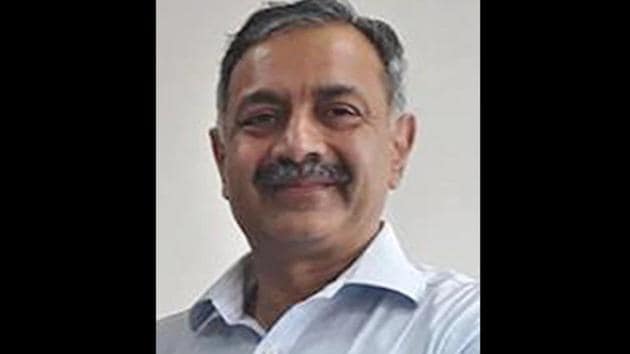 Even Sidhu had resigned as Punjab Congress president over the appointment of Iqbal Preet Singh Sahota as DGP.

Later, he withdrew his resignation "on a precondition" that he would resume the charge the day a new advocate general was appointed and a panel for the appointment of a new DGP came from the UPSC. 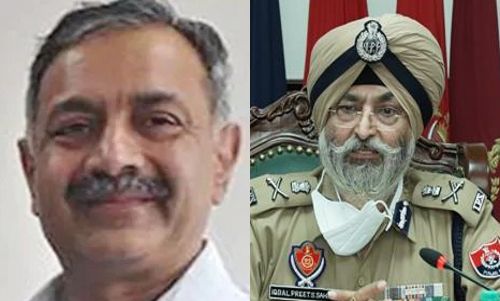 The government, in its notification, stated: “In place of Sh. Iqbal Preet Singh Sahota, IPS (PB:1988) Special DGP Armed Bn., Jalandhar, Sh. Siddharth Chattopadhyaya, IPS (PB:1986) DGP, PSPCL, Patiala shall look after the work of Director General of Police, Punjab (HoPF) in addition to his present duties until a fresh appointment is made to the post of Director General of Police, Punjab (HoPF) as per the prescribed procedure. The orders will come into force with immediate effect.”