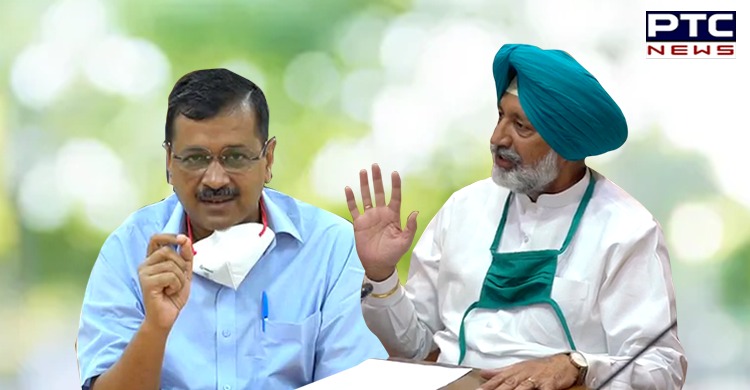 Sidhu has warned the people that AAP was misleading them completely, just as they had done in Delhi, where the COVID situation was critical, with all the 11 districts of the national capital among the country’s 35 worst affected districts.

Kejriwal had recently announced that AAP volunteers would spread out across Punjab to check people’s oxygen levels using oximeters.

Calling the AAP announcement a political gimmick, Sidhu said, “The use of the same oximeter by more than one person without sanitization could lead to further spread of Covid-19…AAP is promoting the oximeters as medicine or vaccine of Covid-19, while the fact was that it simply helps detect the oxygen level in a person’s body. Perhaps their strategy is to promote the further spread of the pandemic in Punjab in order to persuade people to believe it to be a failure of the state government.”

“The disinformation campaign, which seemed to be deliberately spread by the Aam Aadmi Party (AAP) to further their petty political interests in Punjab, was highly dangerous and could trigger a huge risk of infecting more people and perhaps even triggering a massive community spread in the rural areas,” he added.

He pointed out that AAP’s strategy of spreading misinformation in Punjab had been completely exposed with at least one of their party activists being arrested over a false video on organ trade.
Kejriwal’s announcement on AAP workers going around villages with oximeters was aimed at further compounding the party’s vicious campaign, he mentioned.

He also said that instead of pretending to help Punjabis, AAP should focus on managing COVID in Delhi.

“If they cannot handle Delhi despite being in control there how they can help out the people of Punjab tackle the pandemic?” he questioned.