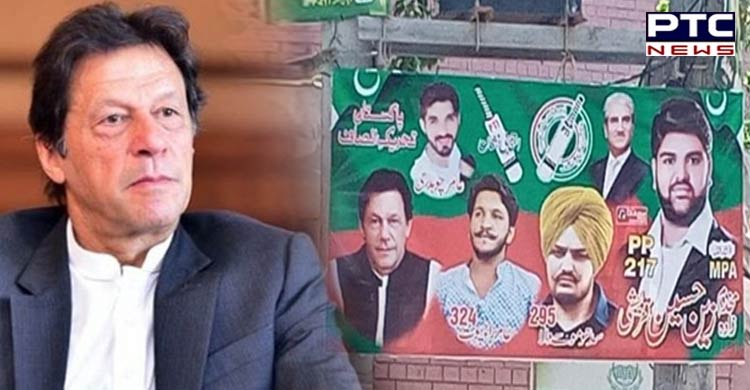 The popular Punjabi singer was killed on May 29, sending shockwaves among his fans across the world. He was equally famous for his melodies among Punjabi speakers in Pakistan as well, The News reported.

Now the pictures of Moosewala have appeared on the posters of the PTI candidate for the Pakistan Punjab bypoll scheduled on July 17.

Pakistan Supreme Court has ruled that the election for the Punjab Chief Minister slot will be held on July 22, local media reported on Friday.

Punjab Chief Minister Hamza Shehbaz and Speaker Pervaiz Elahi, who appeared before the top court via video link today gave consent to one of the options the top court had given them, reported The Express Tribune. This comes after a day-long deliberations on how to move forward following the Lahore High Court's (LHC) decision to re-count the votes polled during the April 16 election for the post of the provincial chief executive.

The LHC had ruled to re-count the votes excluding those polled by 25 PTI dissidents.
The LHC verdict was announced by a five-member bench headed by Justice Sadaqat Ali Khan of the LHC comprised of Justice Shahid Jamil, Justice Shehram Sarwar, Justice Sajid Mehmood Sethi and Justice Tariq Saleem Sheikh.

Some objections were raised by Justice Sethi, while the others accepted the pleas, Geo News reported.