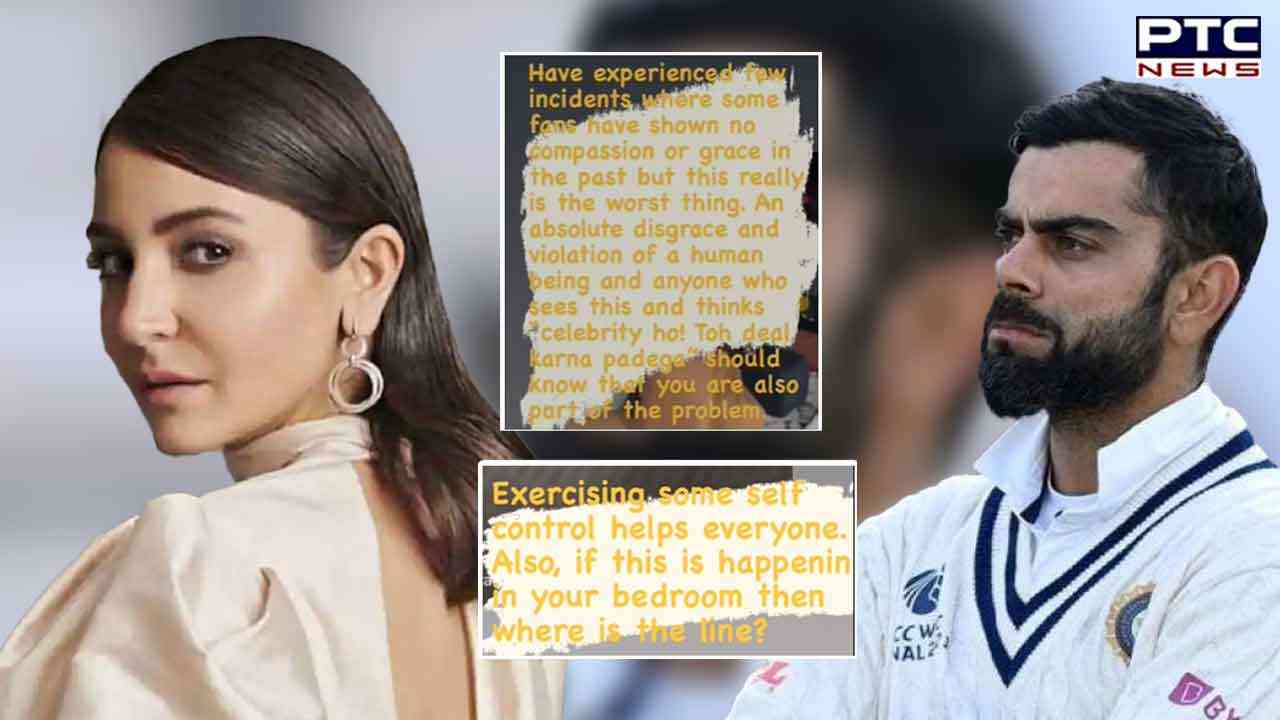 Perth, October 31: Actor Anushka Sharma lashed out at "fanatics" after a leaked video of her husband Virat Kohli's hotel room in Australia went viral on Internet.

On Monday, Virat Kohli took to Instagram and revealed that his privacy was invaded at a hotel room in Perth, where the T20 World Cup is going on. The cricketer shared the viral video and said he was disappointed by the "fanaticism and absolute invasion of privacy." The video shows someone taking a tour of Virat's hotel room in the absence of the cricketer.

Describing the incident as an "absolute disgrace", Anushka Sharma took to Instagram story and wrote, "Have experienced a few incidents where some fans have shown no compassion or grace in the past but this really is the worst thing. An absolute disgrace and violation of a human being and anyone who sees this and thinks celebrity ho toh deal Karna padega (If you are a celebrity then you will have to deal with this) should know that you are also part of the problem."

"Exercising some self control helps everyone. Also, if this is happening in your bedroom then where is the line?" she concluded in her note.

An enraged Kohli literally requested all to respect privacy of others. "I understand that fans get very happy and excited seeing their favourite players and get excited to meet them and I've always appreciated that. But this video here is appalling and it's made me feel very paranoid about my privacy. If I cannot have privacy in my own hotel room, then where can I really expect any personal space at all?? I'm NOT okay with this kind of fanaticism and absolute invasion of privacy. Please respect people's privacy and not treat them as a commodity for entertainment," he posted on Instagram.

Virat's invasion of privacy has left many outraged. Members of the film and sports industry too reacted to the incident. "Horrible behaviour," actor Varun Dhawan commented.

Virat and Anushka have always been careful about maintaining their privacy. In the past, they have several times requested the media not to share photos featuring their daughter Vamika.

The two have never revealed Vamika's face in any of their pictures since her birth. They had earlier issued an official statement revealing the reason for keeping Vamika away from the limelight, "We have decided as a couple to not expose our child to social media before she has an understanding of what social media is and can make her own choice."