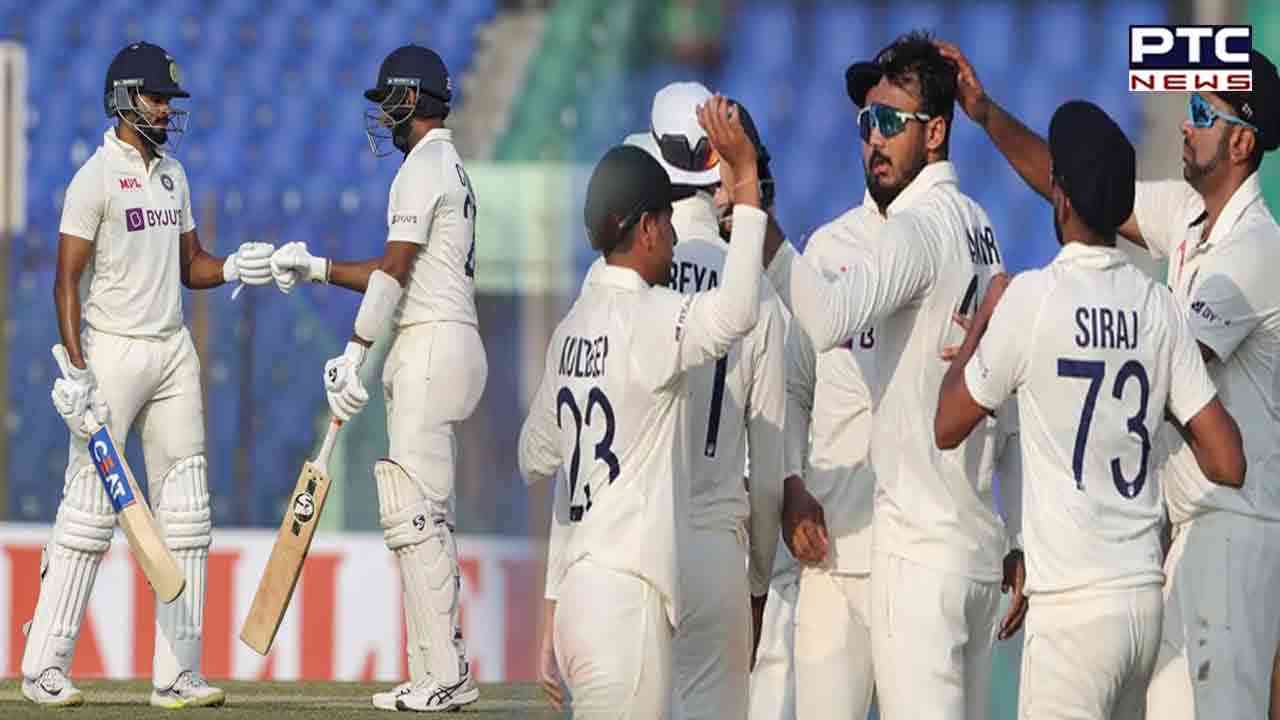 With the emphatic win, India moved to third spot in the ICC World Test Championship table with this win as Bangladesh succumbed to the brilliant blowing of India's spinners losing their four wickets within an hour of the first session of the fifth day.

The spin duo of Axar Patel and Kuldeep Yadav accounted for seven wickets to dismantle the hosts. Axar scalped four wickets while Kuldeep bagged three to take his tally to eight for the match.

Bangladesh resumed their inning at 272/6 with Mehidy Hasan Miraz (9) and Shakin Al Hasan (40) at the crease for the hosts. Things were off to a positive start for Bangladesh as Mehidy drove Mohammed Siraj through the covers in the first over of the day while Shakib slog-swept Axar Patel for a six from the opposite end.

The hosts were bowed out for 324 runs as the Indian bowlers took just 11.2 overs to wrap up the second inning. Mehidy sliced one to backward point after failing to swat Siraj on the up. Shakib attacked the Indian spinners and smashed a barrage of boundaries before being sent out for 84 by Kuldeep Yadav. 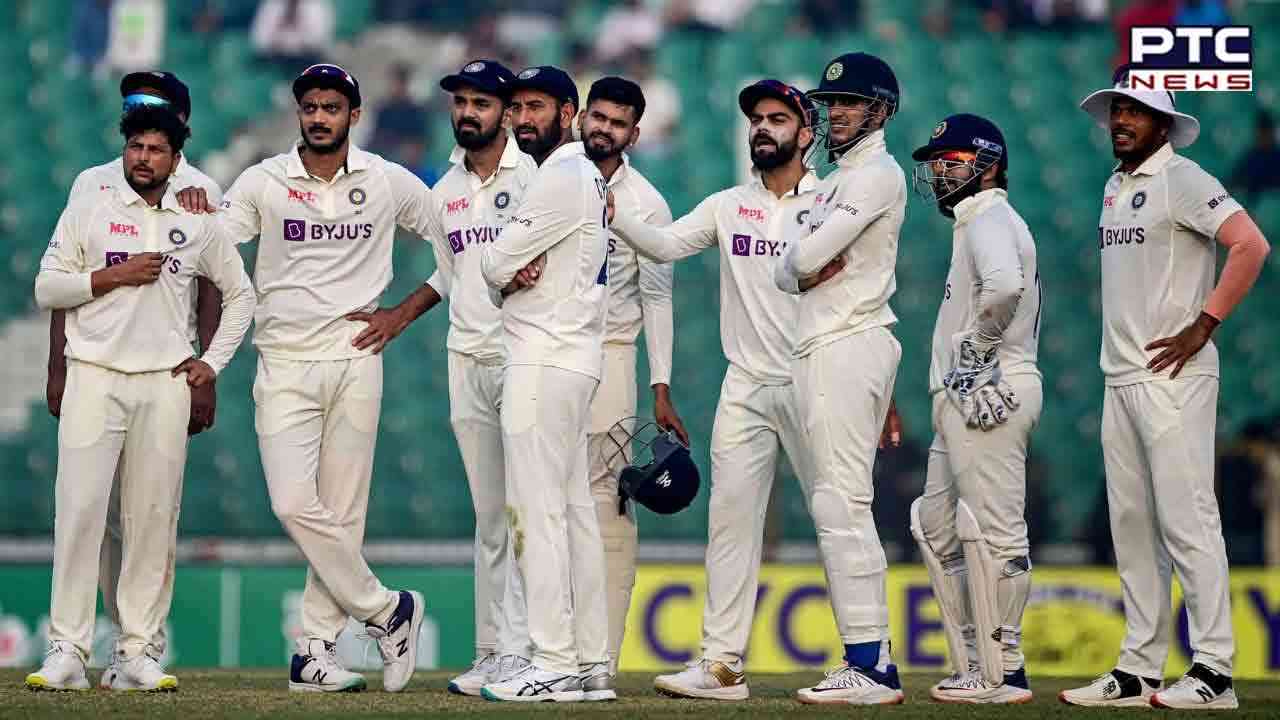 The chinaman removed Ebadot Hossain in his next over while Axar castled Taijul Islam to give India a 1-0 lead in the series, bolstering their chances of a place in the World Test Championship final.

At the end of the play, Shakib al Hasan (40*) and Mehidy Hasan Miraz (9*) were unbeaten for Bangladesh.

Kuldeep Yadav was declared the player of the match for his eight wickets and his valuable knock of 40 runs in the first inning.