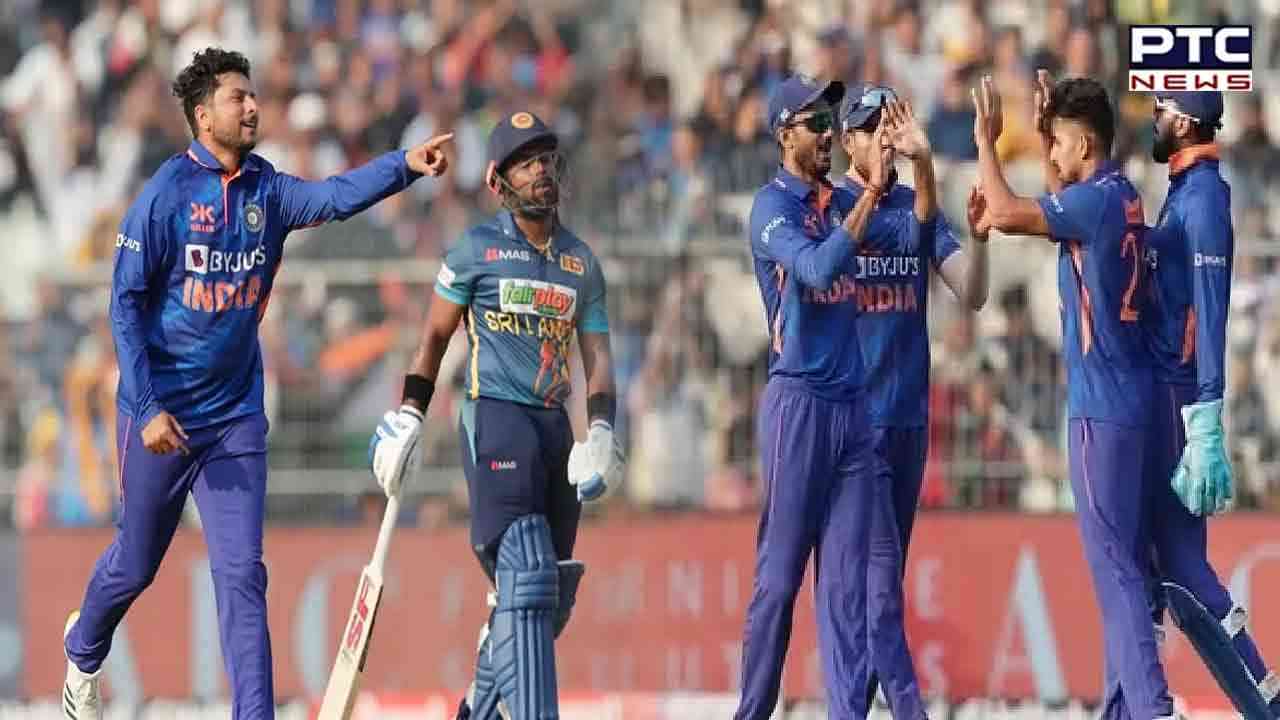 
Opting to bat first, Sri Lanka lost their opener Avishka Fernando to pacer Mohammed Siraj, who once again impressed with the new ball in the powerplay. Fernando's stumps were rattled for 20 off 17 balls and visitors were 29/1 in six overs.

Following this, debutant Nuwanidu Fernando and wicketkeeper-batter Kusal Mendis took the Lankans through the mandatory powerplay of first 10 overs. At the end of the first 10 overs, Lanka was at 51/1, with Nuwanidu (16*) and Kusal (11*) at the crease.

Spin was eventually introduced in the attack and it did the trick, ending the 73-run stand between the duo. Kuldeep Yadav dismissed Kusal for 34 off 34 balls. SL was 102/2 in 17 overs. Axar Patel removed Dhananjaya de Silva for a golden duck in the very next over, reducing Lanka to 103/3.


Nuwanidu brought up his maiden half-century on his ODI debut in 62 balls, but the duo of KL Rahul and Shubman Gill ran him out for 50 off 63 balls.


Kuldeep looked absolutely unplayable, dismissing skipper Dasun Shanaka for two and Charith Asalanka for 15 off 21 balls. Sri Lanka was six down for 126 runs in 24.2 overs.


Following this, all-rounder Wanindu Hasaranga and Dunith Wellalage helped the visitors cross the 150-run mark. Hasaranga was looking in good touch and played some fine shots. But 'Jammu Express' Umran Malik sent all-rounder back for 21 off 17 balls. Lanka was now 152/7 and in deep trouble.


Chamika tried to fight and add some runs to the board for Lanka, but could not do much as Umran got his second wicket, dismissing Chamika for 17 off 25 balls. Australia was 177/8 at this point.

But Siraj struck on two successive balls to remove Wellalage for 32 off 34 balls and Lahiru Kumara for a duck. Lanka was bundled out for 215 runs in 39.4 overs.