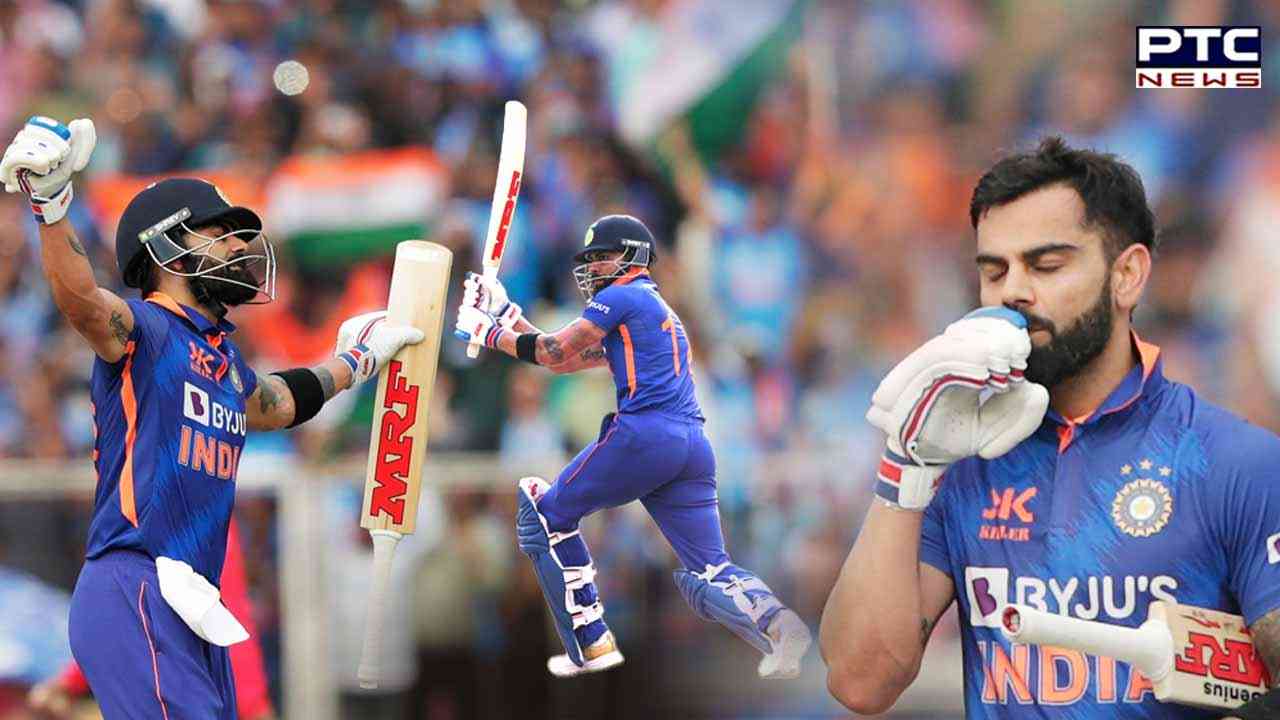 Virat Kohli set yet another record during India's third and final One-Day International (ODI) against Sri Lanka in Kerala. In the 35th over of India's batting, Kohli hit a four off Chamika Karunaratne's leg-cutter between mid-off and covers. With this, he moved up to fifth place in ODI run scoring.

Virat is currently chasing his 46th ODI and 74th international century. He has now scored his 65th ODI fifty.