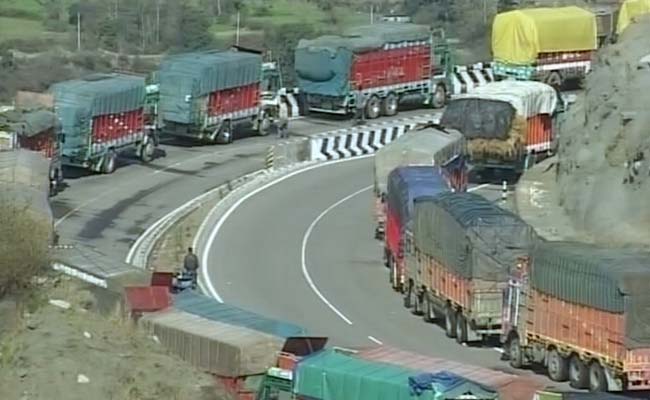 Srinagar: The Srinagar-Jammu National Highway, connecting Kashmir Valley to the rest of the country, remained closed for the third consecutive day today due to landslides and shooting stones triggered by rains and snow.

The national highway is closed for traffic and no vehicle is being allowed to ply either from Jammu or Srinagar, an official of the Traffic Control Room said.

He said the incessant rainfall in the areas along the highway triggered landslides and shooting stones at Seeri, Digdol, Gangroo, Panthyal and Ramsoo throughout the day yesterday.

The unabated shooting stones also caused damage to the highway at these locations.
No movement of traffic was allowed today keeping in view the safety and security of the commuters, the official said.

He said the adverse weather was affecting the restoration work.

Meanwhile, the plains in Kashmir received intermittent rains during the night, while some areas in the higher reaches experienced fresh snowfall.

A Meteorological Department official said there were reports of snowfall in some areas in the higher reaches of the Valley, while the plains received intermittent rainfall.

South Kashmir's Kokernag area recorded 79.9 mm of rainfall during the night, the official said, adding the neighbouring Qazigund and the tourist resort of Pahalgam each received 38.2 mm of rains till 08:30 AM.

Srinagar -- the summer capital of Jammu and Kashmir -- received 19.5 mm of rains, while Kupwara in north Kashmir recorded 26.3 mm of rainfall, the official said.

The weather is likely to improve from today, the official added.