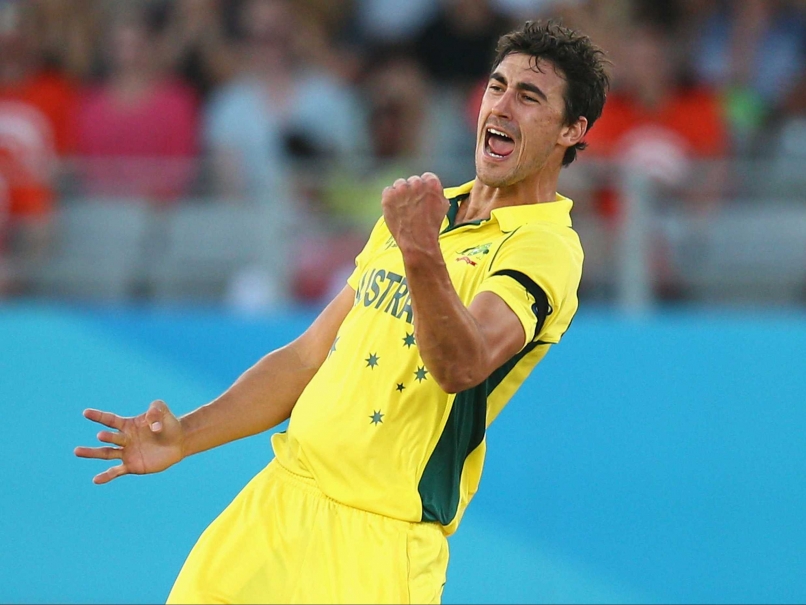 Melbourne [Australia]: Australia have named the injured duo of Mitchell Starc and Chris Lynn in their 15-man squad for the Champions Trophy to be held in England and Wales from June 1 to June 18.

Starc had suffered a foot stress fracture during the four-match Test series in India which Australia lost 1-2 while Lynn sustained a shoulder injury during Kolkata Knight Riders' match against Mumbai Indians on April 9 in the ongoing edition of the Indian Premier League (IPL).

"Our medical staff will continue to monitor Mitchell and Chris' recovery from their respective injuries, but we are hopeful they will be fit in time for the team's departure on May 18," cricket.com.au quoted Cricket Australia selector Trevor Hohns as saying.

Steven Smith, who missed the Chappell-Hadlee series in New Zealand with an ankle injury, is also included in the side and will lead the side.

Also, the return of fast bowler James Pattinson and the inclusion of Moises Henriques ahead of James Faulkner among the all-rounders were the other two major points of the announcement.

"Both James and John have made very good returns from injury and are bowling well for their respective teams in the English County competition as well as both contributing well with the bat," said Hohns.

Pattinson, who last played an ODI in September 2015, has been included in the squad following his brilliant return from a long-term injury as he took 24 wickets for Victoria in the Sheffield Shield. He went on to carry that form into the County Championship for Nottinghamshire, taking 13 wickets in two matches at 12.92.

Henriques, on the other hand, has been an irregular member of Australia's ODI squad, playing only eight matches between his debut in 2009 and his last match in August 2016.

Australia has been grouped with hosts England as well as Bangladesh and New Zealand in Group A, while defending champions India are pooled with South Africa, Pakistan and Sri Lanka in Group B.