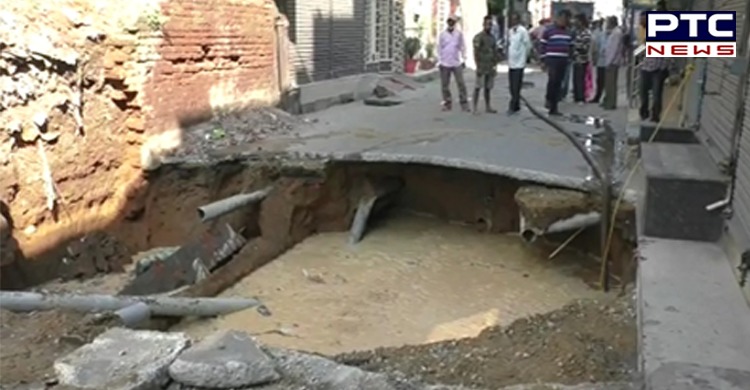 A major tragedy was averted when a portion of a busy road caved in Ludhiana's Deep Nagar on Thursday. A video (see below) in this regard is being widely circulated on social media.

According to reports, the incident took place at Deep Nagar around 8 am. Two students, who were on their way to school along with their father, sustained injuries in the accident and are under treatment at the local hospital. Their vehicle fell into the ditch.

They were pulled out of the ditch by local people with the help of a ladder.

Eyewitnesses said a bus had passed on the road just a few minutes prior to the accident. The authorities have launched an investigation and the repair work has been initiated.