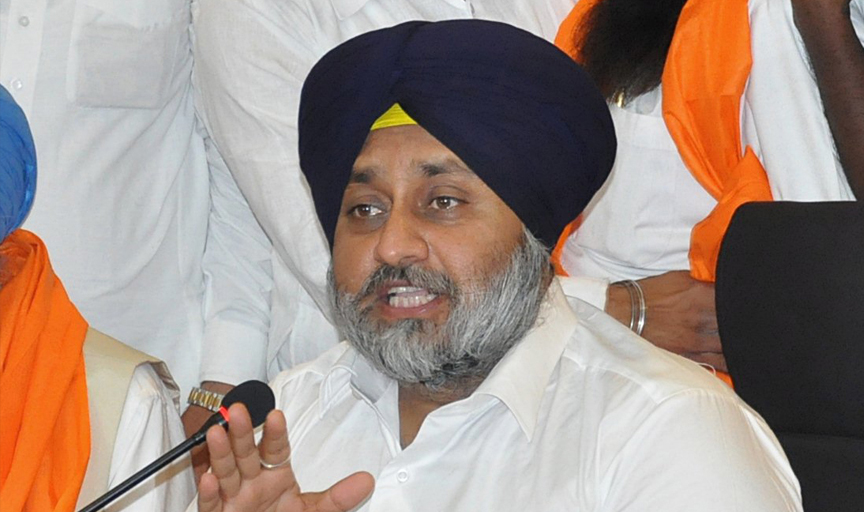 In a statement here, Mr Badal said it was Capt Amarinder Singh's bounden duty to deliver on his promise to waive off farm loans but in case implementation of this promise was delayed as was the case Rahul Gandhi should step in and provide immediate reprieve to the Punjabi farmers.

Stating that Amarinder could learn from both S Parkash Singh Badal and Yogi Adityanath, he said Sardar Badal had implemented the free power facility to farmers immediately after taking over the reins of the State in 1997. He said Yogi Adityanath had also shown resolve to fulfil a solemn commitment and Amarinder should not be found wanting in this regard.

The SAD President said Rahul Gandhi had applauded the loan waiver decision of the UP government and called for its replication in other States also. He said Rahul should lead by example and ask all Congress ruled State governments including Punjab, Himachal Pradesh and Karnataka to waive farm loans in their respective States immediately.

The SAD president said Rahul had even more reason to intervene in case of Punjab as the State Congress had promised to implement a one time complete farm loan waiver scheme in its election manifesto. He said this manifesto was vetted by Rahul who gave it his stamp of approval. "In such circumstances Rahul is morally bound to get this solemn promise implemented", he added.

The SAD president said even though the Congress had formed the government in Punjab at the same time as the BJP in Uttar Pradesh, it was dithering on honouring a solemn promise. "Punjabi farmers are looking up to Capt Amarinder to announce a complete loan waiver and he should not disappoint them by delaying taking action in this matter by forming committees. I frankly can't understand why this pro-farmer decision is being delayed when Rahul Gandhi has come out strongly in favour of waiving off farm loans across the country and even former Prime Minister Dr Manmohan Singh had approved this demand after due diligence for inclusion in the party's election manifesto.

The SAD president said the Congress government should keep in mind that it also had to fulfil a social obligation. "The Punjab Congress distributed Lakhs of forms among farmers who duly filled them and submitted them back to the party. "Now these farmers are waiting for the much needed relief with form in hand. In case a full and complete loan waiver scheme was not implemented in the State it will be construed that the Congress befooled the peasantry into voting for the party with false promises. Let this not be the case. Let us see a complete loan waiver scheme being implemented immediately", he added.