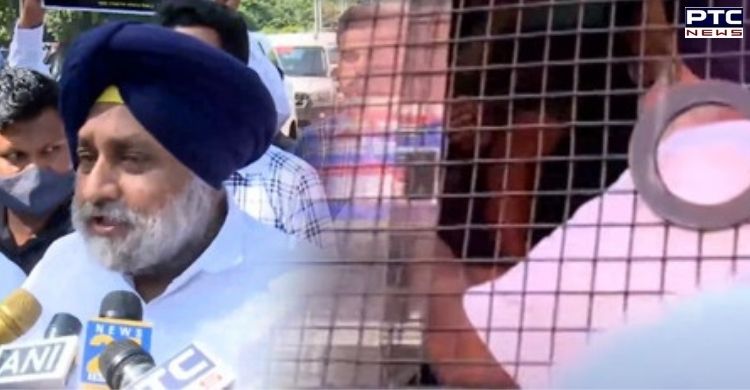 Shiromani Akali Dal (SAD) President Sukhbir Singh Badal today courted arrest along with senior party leaders and workers after a prolonged sit-in close to a barricaded Raj Bhawan in solidarity with Punjabis who are affronted by the manner in which chief minister Charanjit Singh Channi has colluded and surrendered in front of the centre which has extended control over law order across half of the State.

The SAD President courted arrest and was taken in a bus along with senior leaders and workers to the sector three police station. Akali workers raised slogans against the Congress party and the BJP for hatching the anti-Punjab conspiracy. 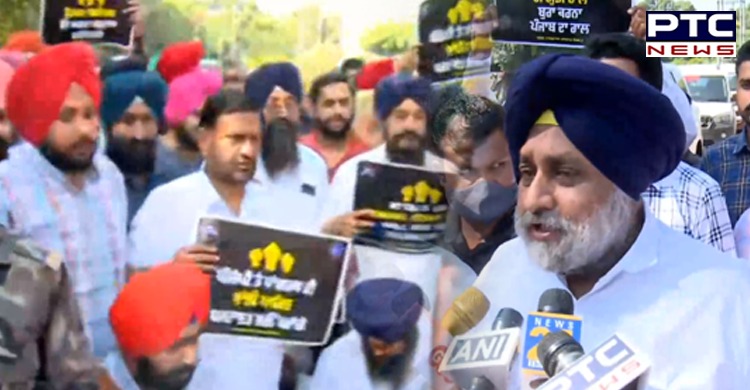 Earlier while addressing a gathering when stopped from proceeding to the Raj Bhawan by barricading, Sukhbir Singh Badal said this was the second time that the centre had impinged on the rights of Punjab in quick succession. 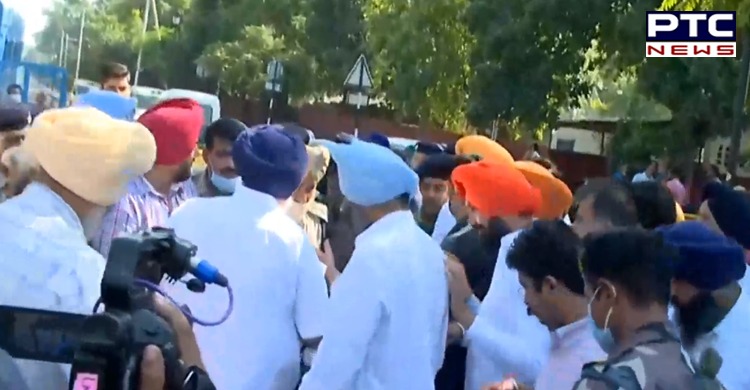 “The centre has discriminated against the farmers of the State by bringing in the three farm laws. Now it is effectively taking control over law and order over half of the State by extending the jurisdiction of the Border Security Force (BSF),” he said.

Terming the move as an attack on the federal structure of the State, Badal said now even our holy shrines like Sri Darbar Sahab, Durgiana Mandir and Ram Tirath will come under control of central forces. 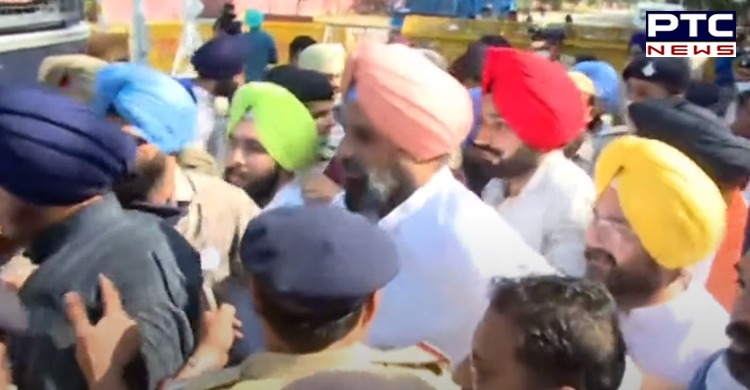 “The SAD will fight to right this wrong as we stand for a genuine federal structure. It is condemnable that the chief minister agreed to this anti-Punjab step during his meeting with Union home minister Amit Shah on October 5. Channi has sold off the interests of the State to secure a few more months in office,” he said.

Badal said earlier also Punjab had been discriminated against with the Congress government taking away its river waters.

“Few years earlier we even lost control of the revenue generated by us with the introduction of the GST regime. Now even our land and its policing are being taken away from us,” he added.